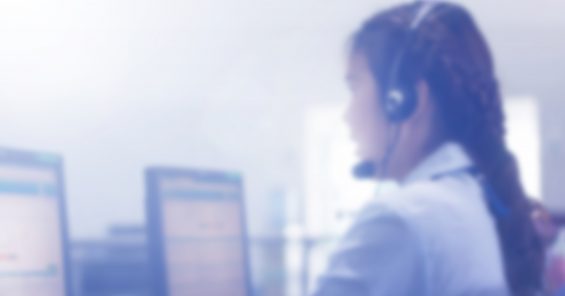 25 March 2022—A report published today by UNI Global Union, Not a Great Place to Work: The Case for Building a Better Workplace at Teleperformance, details widespread workers’ rights problems throughout Teleperformance’s global, 400,000 employee call centre business—including an estimated €10 million annually in unpaid work time when workers are logging in to Teleperformance systems.

The findings—documenting uncompensated labour, health and safety complaints, excessive worker surveillance and aggressive trade union avoidance in eleven countries—were first presented in a private meeting with some of the company’s largest shareholders on Thursday.

“This report shows why workers all over the world are organizing for better jobs at Teleperformance,” said Christy Hoffman, General Secretary of UNI Global Union. “There are fundamental problems with Teleperformance’s labour practices. Given the company’s massive size, global reach and growing influence on the future of work, it is urgent that all stakeholders—including unions and shareholders—come together to push for change.”

Not a Great Place to Work comes one week after UK-based corporate governance leader PIRC released an investigation into “social washing” that highlighted the inadequacy of Teleperformance using “Great Place to Work” certifications  as a key metric on workforce management.

UNI’s research demonstrates that serious problems persist at Teleperformance—even after the French contact point to the OECD issued August 2021 recommendations to improve practices regarding freedom of association and worker safety committees. UNI is asking socially responsible investors to increase engagement with the company to address these ongoing concerns.

The estimated €10 million in uncompensated work time is likely a small fraction of total unpaid wages at Teleperformance. The figure accounts for unpaid login time in seven of the company’s more than 80 national labour markets. Employees in these countries say that logging in to the multiple monitoring and customer service programs required for their jobs takes 10-20 minutes a day, but this work happens “off the clock.”

In addition to uncompensated login time, UNI has identified several other types of unpaid work at the company: workers not being paid when calls continue past the end of a shift; employees working through breaks to meet demanding quotas; work-from-home employees being docked pay when for internet or electricity network outages; workers not receiving promised or earned bonuses; and unpaid toilet breaks.

One worker in Portugal said:

We have to log on 15 to 20 minutes prior to our shift just so that we can start work ‘on time.’ This extra time isn’t paid. . . . We are also not paid for working past the end of our shift [when] we are still answering a call when our shift ends. . . . Of course, this is hard for us. We are paid miserably, and they don’t even pay this extra time.

Painful truth about working at Teleperformance

Teleperformance is likely one of the world’s largest work-from-home employers, and UNI has gathered examples of workers using kitchen tables, plastic garden furniture and even a suitcase as office furniture. Long shifts over time without adequate ergonomics could cause carpal tunnel syndrome, musculo-skeletal problems and long-term pain for workers.

Teleperformance workers also reported increased stress from extreme home surveillance as well as a non-stop work culture that can take a physical toll. A worker in Jamaica said:

I’ve gone through 10-hour shifts where I did not get not even a 15-minute break. . . . They’re overworking you. They’re abusing you mentally. Because when you’re telling me, a grown woman 36-years-old, that I cannot get up to go and pee, that is not funny. . . . A lot of people complain about bladder infections. . . . Getting one case of bladder infection and going to the doctor costs your entire paycheck.

Workers would be able to better address these issues with union representation and collective bargaining. Despite robust organizing efforts, workers are not represented by unions in the vast majority of the more than 80 countries in which Teleperformance operates. Where workers organize—for instance in Poland, Albania and Colombia—UNI has seen a pattern of retaliation, a refusal to negotiate and dialogue with unions and deliberate attempts to thwart organizing efforts.

But despite recommendation that Teleperformance “ensure the respect for the right of freedom of association and collective bargaining of workers as provided for in the OECD Guidelines,” the company continues to follow its traditional pattern of behaviour by frustrating attempts by workers to organize.

UNI Global Union is calling upon Teleperformance to meet the guarantees for its global workforce to address the problems described in the report, including: