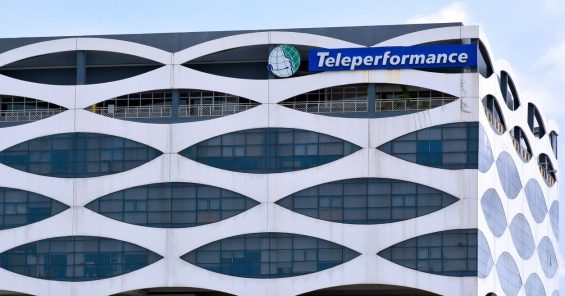 PIRC study finds that “Great Place to Work” is not a substitute for rigorous, verifiable indicators like turnover and CEO:employee pay ratio.

Corporate governance leader PIRC published an investigation this week calling into questionable metrics that companies like Teleperformance use to justify huge executive bonuses and “social wash” their images.

The study examines the reporting and remuneration policies of 12 of the largest listed employers in the FTSE EuroFirst index. PIRC found that these companies often rely on the vast, unregulated accreditation industry—rife with opaque and unverifiable “blackbox” datasets—for benchmarks to help set executive pay and divert attention from poor practices and regulatory risks.

“When assessing employment standards, a company’s assertions, or the assessments of a commercial provider hired by the company, should never be taken at face value.

The example of Teleperformance – a huge global employer accused of monitoring and recording the screens of its workforce – demonstrates why company-led workforce surveys do not tell us anything meaningful about how those employees are really being treated.

Paying out executive bonuses based on these deceptive measures amounts to social washing.”

Business service giant Teleperformance’s use of “Great Place to Work” (GP2W) awards is a prime example. The French company, with nearly 400,000 employees, regularly publicizes GP2W accreditations in its 80-plus operational countries. Teleperformance pays a fee in relation to these accreditations.

The company uses the number of accreditations year on year and an “E.sat” employee survey across its subsidiaries to determine executive bonuses. Daniel Julien, Chairman and CEO, received US$2,625,000 for 2021 for his performance relating to non-financial indicators that relied on these metrics.

However, PIRC notes that worker surveys like E.sat and the ones used by the Great Place to Work Institute often provide low-value information because they lack transparency and are unverifiable. In heavily surveilled workplaces like Teleperformance, workers may also feel that these surveys lack confidentiality.

The limitations of Teleperformance’s use of employee survey data are clear when measured against numerous documented abuses of workers covered by international media and submitted to the French contact point of the OECD.

The “Great Place to Work” label also appears to be in contradiction with two key indicators on workforce practices: employee turnover and CEO:worker pay ratio. With an extreme 90.55 per cent turnover rate in 2021, nearly the entire global workforce is replaced annually. Over three-fourths of workers quit within the year. French publication Politis found that Teleperformance’s CEO to worker pay huge 1255:1 – over 10 times that of other CAC40 companies.

Given that CEO Julien’s pay jumped by 195 per cent in 2019 and is slated to rise again this year, it is unlikely that this massive gap has narrowed.

“PIRC’s research shows that being a so-called ‘Great Place to Work’ does not mean being a decent place to work,” said Christy Hoffman, General Secretary of UNI Global Union. “The study shows ESG investors that they must look beyond bought-and-sold employee satisfaction surveys and engage with stakeholders on the ground like unions to truly understand a company’s practices.”