Despite OECD investigation, Teleperformance continues to be irresponsible employer in France and abroad 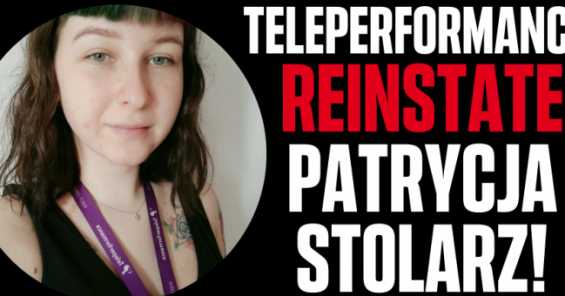 More than 11 months into the Covid-19 pandemic, Teleperformance employees still face serious ongoing occupational hazards and anti-union harassment, according to a coalition of trade union organisations.

UNI Global Union, the global union federation for telecoms, information technology, and services workers, along with its French union affiliates CFDT – F3C , CGT-FAPT, CGT Fédération des Sociétés d’Etudes, and FO-FEC filed a request to the French Government National Contact Point for the OECD Guidelines in April asking the organization to investigate global violations of workers’ right to a safe workplace at the Paris-based outsourcing giant.

Since the filing, the trade unions report, the company has continued to put workers in danger and attacked their right to union representation.

“Teleperformance has had enough time and notification about serious problems threatening workers’ health in France and beyond, but the company appears to not have the will or the competence to fix them,” said Christy Hoffman, General Secretary of UNI Global Union. “Employers should see unions a partner to make jobs safer and to fix human rights compliance issues. It is unfortunate that Teleperformance treats unions as a threat.”

For example, in France, workers have the right of withdrawal their labour if their life or safety is threatened. Teleperformance has refused to pay workers who exercised the right of withdrawal during the pandemic, requiring contact centre employees hire a lawyer and enter a legal case against the company. This is prohibitively expensive—especially when workers are having to go without their salaries—and the CGT is currently working on roughly 20 cases.

Additionally, French employees working from home report not getting paid when their internet service is disrupted or if Teleperformance’s software fails. The company is supposed to pay for all time that a worker is available.

In Poland, the company has unjustly terminated two union activists, Patrycja Stolarz who provides German language support for Amazon, and Zuzanna Hansen, a Danish language specialist on a Microsoft account.

Stolarz was the secretary treasurer of the union, which was legally recognized in July, and she was an exemplary employee. In September, Stolarz was informed that her job would end because of her part-time status just three hours after she participated in the union’s first bargaining session with the company. Hansen was one of the most active organizers while the union was forming, and the company has yet to provide a reason for her termination.

After both firings, the company announced it was hiring for jobs that match the fired workers’ accounts, work schedule, and skill sets. After Stolarz spoke out about what she the anti-union nature of her termination, the company threatened her with legal action because she had “damaged the reputation” of Teleperformance.

According to the French trade unions, “It is unacceptable that a French company like Teleperformance should give such a negative image throughout the world and allow itself to flout the very principles of French law on the duty of vigilance for multinational companies. It is intolerable that employees should be mistreated in France or elsewhere!”