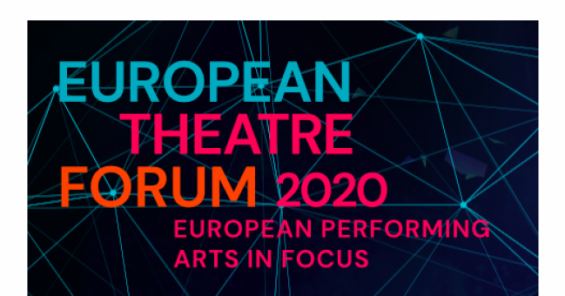 The “European Theatre Forum 2020: European Performing Arts in Focus” was held online on 11-12-13 November 2020 in the frame of the German EU Council Presidency and in cooperation with the German Minister of State for Culture and the Media and the European Commission.

At the iniative of the Forum were three organisations: the European Theatre Convention, Bundesverband Freie Darstellende Künste and the International Theatre Institute – German Centre, supported by a broader ‘consortium group’, which included the employers’ association Pearle* – Live Performance Europe and the European Festivals Association.

On Day 1 of the programme, UNI MEI moderated a session of the Forum on the ‘Working conditions in the Performing Arts’.

During a first part of the session voices of cultural workers were heard, including the voice of Sanna Ekström Forsberg, Wardrobe Manager at Skånes Dansteater, a member of Teaterförbundet, the Swedish Union for Performing Arts and Film. On the basis of Sanna’s testimony but also of the contributions from a dancer, an actor, a dramaturg and a choreographer, the many challenges faced by professionals in the performing arts sector across Europe were discussed, including of course the current acute cris the sector is facing and the direct impact of the crisis on the livelihood and perspectives of a large and worrying number of professionals and organisations.

Speakers explored, in particular, what a ‘EU Framework for working conditions in the cultural and creative sectors and industries’ could imply; a proposal that has been put forward by the European Parliament in its resolution on the cultural recovery of Europe adopted on 17 September 2020.

All sessions of the European Theatre Forum have been recorded and should be made available in the coming weeks here.