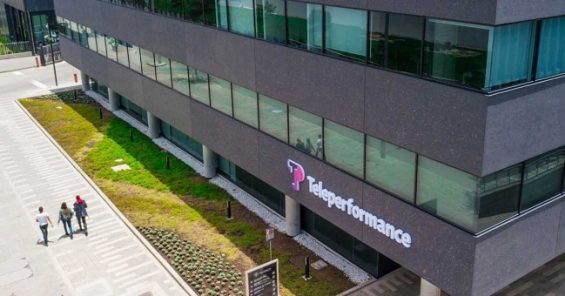 Two Colombian union leaders from the French contact centre company Teleperformance did not have their contracts renewed after founding a union in March 2020, in the midst of the COVID-19 pandemic. The fixed-term contracts were due to expire on July 23, but the company advised them not to work during the last four months of their contracts by removing the leaders from their workplaces.

That week, UNI Americas Regional Secretary Marcio Monzane and the President of the Colombian trade union center, the CUT, Jose Diogenes Orjuela wrote a letter to Teleperformance in Colombia, demanding the rehiring of the two union leaders and 13 other founders of the union who also did not have their contracts renewed during the month of April.

“We believe that the company’s decision to terminate the employment relationship has been made in retaliation for workers’ participation in protests against Teleperformance Colombia’s problematic response to the COVID-19 pandemic,” said Monzane and Diogenes.

The continued, “We demand that the company respect human rights in its Colombian operation and reinstate the union leaders and founders, and the other workers who have denounced unsafe workplaces during COVID-19.”

The right to organize is enshrined in Conventions 87 and 98 of the International Labour Organization.