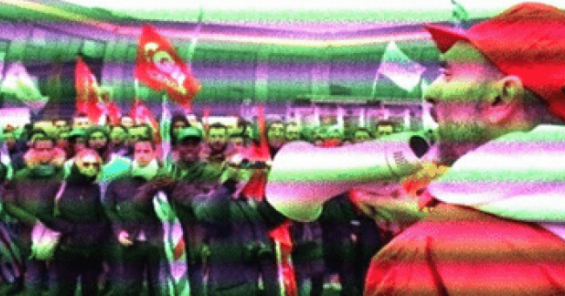 “An important agreement … and recognition of the role of the unions, marking something new, at a world level, in relations with the e-commerce giant,” said the head of the CGIL union Maurizio Landini.

The agreement, which establishes mutual recognition of the parties and creates a national protocol in the logistics, freight transport and shipping sectors was signed on September 15 by the national secretariats of Filt Cgil, Fit Cisl and Uilt, and temporary agency union in the presence of the Minister of Labor Andrea Orlando.

“This historic national agreement signed today between Italian unions and Amazon and supported the Italian Minister of Labour is big win for all Amazon workers anywhere,” said Christy Hoffman, General Secretary of UNI Global Union. “More than any other company, Amazon has benefited from a global health crisis that has allowed the tech giant to deliver record revenue and profits. Conditions in its warehouses and for delivery drivers during the pandemic have exposed the company as a brutal employer who treats workers as disposable inputs.  It’s a positive first step and a testament to the determination of Amazon workers that Amazon has agreed to negotiate with the Italian unions and start on a pathway towards real social dialogue and collective bargaining.  Only  through bargaining will this work become sustainable and appealing.”

Earlier this year Amazon workers in Italy staged a strike over demands on delivery drivers in the pandemic in the first such action by Amazon’s logistics operation in the country.

This 24-hour general mobilization of all workers in the Amazon supply chain in Italy, from Amazon’s direct employees at the warehouses, to the employees working at Amazon’s contractor companies supplying logistics services, handling and distribution of goods, had an extraordinary outcome with strong worker participation, which has aroused great interest.

The protest came after a surge in Amazon’s e-commerce business triggered by the health emergency.

The agreement allows negotiations to begin on issues such as schedules, shifts, workloads, job classifications, on stable employment relationships, on matters relating to health, safety, and prevention at work, professional development and on economic issues such as performance bonuses.  Amazon is also already covered by the national sectoral agreement for the industries involved, which governs other issues.