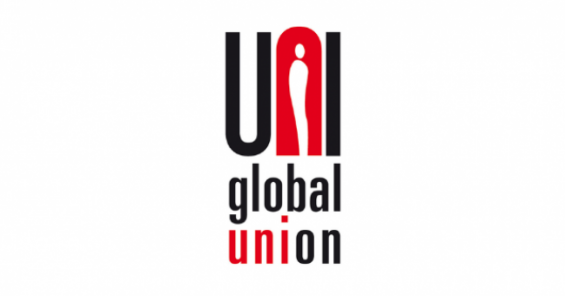 Thousands of workers in Spain and Germany walked off the job, while warehouse employees in Poland participated in a “work-to-rule” action.

This week’s protests were sparked by a long list of grievances at the company: low wages, unsafe conditions, brutal workloads, lack of bathroom breaks, union busting, inability to take time off, and more.

“The message is clear — while the online giant gets rich, it is saving money on the health of its workers,” Stefanie Nutzenberger, a ver.di official, said.

The international labour movement rallied behind the striking workers. In Italy, France, the U.K., and the U.S., unions organised actions online and off.

At Amazon’s Web Services Summit in New York City, for example, the RWDSU helped lead a coalition of labour and community activists in protesting the company’s profiting from hate groups.

A recent report in the United States uncovered that Amazon enables the spread of violent ideologies by allowing the sale of hate symbols and imagery on the site, including confederate and anti-Black imagery as well as Nazi and fascist imagery.

“Amazon is a prime example of a company in desperate need of change,” said Mathias Bolton, Head of UNI Commerce. “It is building enormous wealth by squeezing workers—not to mention profiting from hate mongers. But this week’s actions show that change is possible, that change will come from the ground up, and that change will only happen if we are standing together.”