Amazon tried to break the warehouse-tech alliance during the pandemic, new report 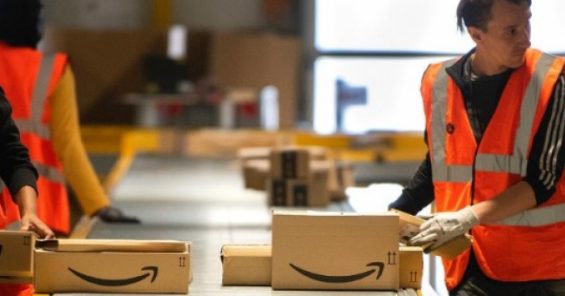 According to the U.S. National Labor Relations Board (NLRB), Amazon tried to break the alliance formed between warehouse workers and white-collar staff by firing two tech employees who protested Amazon’s poor treatment of workers in fulfilment centres during the COVID-19 crisis.

“In an act of classic collective action, the [fired workers] boldly led hundreds of highly skilled tech employees with demonstrated power to join forces with the warehouse movement, comprised of thousands of employees who have remained largely voiceless thus far,” according to the legal memo issued by the advice division of the NRLB and obtained by Bloomberg Law. The legal memorandum directed the US federal labour agency to issue a formal complaint against Amazon.

Amazon terminated Maren Costa and Emily Cunningham soon after they helped organize an Amazon Employees for Climate Justice virtual townhall to discuss warehouse workers’ concerns. The pair had also supported petitions drives among tech staff and other actions to improve conditions in the company’s warehouses.

“Amazon’s take-no-prisoners approach to dealing with criticism is not new, and workers from around the world trying to organize unions know this well,” said Christy Hoffman, General Secretary of UNI Global Union. “But as we are seeing all over the world, workers—whether they are coders, pickers, drivers or UX designers—are marching, striking and raising their voices together to demand the dignity and respect that comes with a union. Solidarity doesn’t scare easily, and Amazon will not break workers’ alliances.”