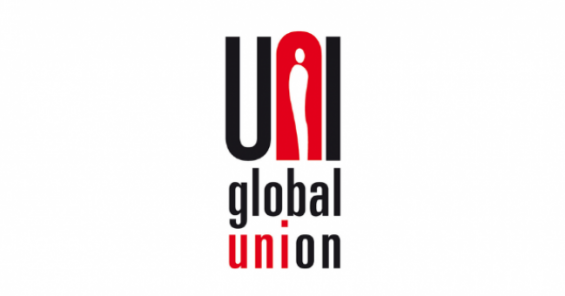 Workers at Amazon’s ‘fulfilment centres’ in San Fernando de Henares in Spain as well as Graben and Leipzig in Germany are walking out in protest at the company’s dangerous working conditions and aggressive anti-union behaviour.

Today’s action at the Madrid-area facility, which employs almost 2,000 workers, was the focus of earlier strikes around Amazon Prime Day and Black Friday. In Germany, Amazon employees have been fighting for a collective bargaining agreement with the company since 2013.  Workers at the Graben and Leipzig warehouses are striking around the St. Nicolas Feast holiday and say they are giving Amazon “the rod” for being a bad employer.

There have also been demonstrations against Amazon’s draconian work practices in Italy, Poland, and the UK this year.

Amazon consistently puts profits before the well-being of its workers by employing inhuman shift patterns and unacceptably demanding targets, resulting in a litany of injuries both physical and mental.

UNI Global Union General Secretary, Christy Hoffman said, “Amazon’s anti-union stance is a recipe for disaster, by ignoring workers’ issues on health and safety, injuries and illness amongst its workforce are set to continue and increase during the highly pressurised run up to Christmas. Amazon be warned, your workforce demands respect and the right to organise.”

“Amazon workers in Spain and Germany are striking to fix the problems at their local warehouses but also are demanding global solutions. Amazon suppresses workers’ rights the world over, and the high-pressure, high-stress environment in ‘fulfilment centres’ dehumanise employees. Change must come now. Not only livelihoods but workers’ lives are at stake,” said Stuart Appelbaum, President of the RWDSU and President of UNI Global Commerce.

When asked about the reasons why he went on strike, Spanish Amazon worker Douglas Harper who is organising with UNI’s Spanish affiliate Comisiones Obreras (CCOO) told of the toll long hours are having on him, “I’ve been working long hours, getting home late, tired, and under a lot of stress. We do morning shifts, then evening and night shifts. Now we have to work six days in a row, but the company now wants to make that seven. At least some of us used to have one day off a week. Most of my friends and family work from Monday to Friday, so I never get to spend time with them.”

That sentiment was echoed by strikers in Germany.

“Our co-workers want to draw attention to the fact that it is again a Christmas without a collective agreement at Amazon.  The company behaves like a big online Santa Claus.  The employees, who process all incoming orders in the same important way, remain disregarded,” says strike leader Thomas Schneider, who works in Leipzig.