Artistic freedom is crucial for a free society, a UNESCO panel concludes 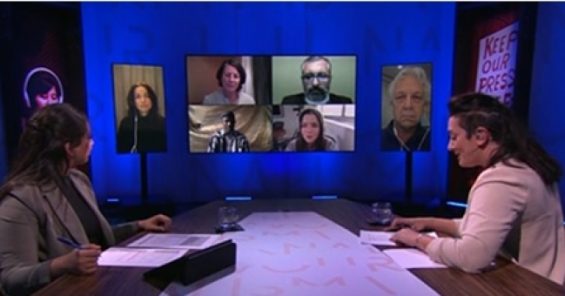 On 9 December 2020, UNI MEI took part in a UNESCO conference to discuss freedom of expression. Bill Skolnik, former member of the UNI MEI Executive Committee and former Executive Officer of the Directors’ Guild of Canada Ontario, represented UNI MEI in a panel that addressed “Creativity without fear or favour”. Other speakers in the panel included a cartoonist from Venezuela, a documentary film producer, a human rights lawyer, as well as a representative of the IFJ from the Russian union of journalists.

The panellists discussed artistic freedom and the freedom of expression, and how without such freedoms we do not have a free society. Journalism and arts are inseparable and the challenges facing both fields are similar, even though they are treated very differently in our society. Journalists and artists need to work together to fight against persecution and pressure, be it from the government or from companies. It is important that journalists report on violations of artistic freedoms, to raise awareness on the censorship and pressure that artists and journalists are both facing. “It is vital that artistic unions also get involved and raise these issues”, says Skolnik, and continues that  “artists themselves have to get involved within their own organisations to create that collective strength”.

The right to freedom of association allows all workers to unite and represent their interests, but many cultural and media workers are prevented from forming a collective organisation, from negotiating fair remuneration and from defending their creative, economic, and social rights.

In some countries such mechanisms already exist, but this is not the case at global level. UNI MEI is working towards ensuring these same rights and collective mechanisms across the world.