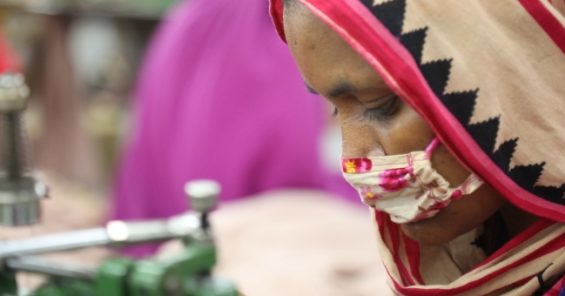 The Bangladesh Government continues to insist that the Accord on Fire and Building Safety leaves Bangladesh by a fixed date, regardless of whether there is a competent safety authority to replace it.

At a hearing of the Appellate Court on 18 February, Accord lawyers reported on the failure of negotiations between the Accord, the Bangladesh Government and employers’ organization BGMEA on the conditions for transition of the Accord’s functions to the Government. Citing the importance of these matters to the country and economy of Bangladesh, the Chief Judge of the Appellate Court ordered the parties to continue the discussions to reach a resolution and ordered a further extension to 7 April 2019. This follows previous rulings by the Court on 29 November, 17 December and 21 January that negotiations should continue.

UNI Global Union and IndustriALL Global Union, together with representatives of Accord signatory brands, have written to the Bangladesh Prime Minister and to the Minister of Commerce to request their direct intervention in resolving the impasse.

The letters state that a premature closure of the Accord office would mean that the Accord would need to be implemented through alternative means, and would have immediate negative and damaging consequences.  A substantial number of factories that have not completed remediation work would no longer be eligible to produce for Accord member brands, GSP benefits would be put at risk, and the viability of brands placing orders in Bangladesh RMG factories would be in doubt.

“After the Rana Plaza disaster in 2013, it became clear that urgent measures were needed to ensure safety in the  Bangladeshi garment industry. There is no doubt that the Accord has helped transform the industry and save lives,” said UNI Global Union General Secretary Christy Hoffman.

“That is why it is senseless for the Bangladeshi government and garment industry to push out the Accord rather than work with its safety experts on a credible transition.”

“We should not turn back  the clock and reverse the progress that has been made, and that’s what prematurely expelling the Accord would do,” Hoffman added.

The fire on 20 February at Chawkbazar in Dhaka, which claimed the lives of at least 70 people, is a tragic confirmation that Bangladesh does not yet have a safety regime that is adequate to protect workers lives. Safety experts from the Bangladesh University of Engineering and Technology (BUET) stated after fire that the only reason why fires in the garment industry have decreased is because the Accord has constantly monitored the factories. BUET stated such safety assurance capacity does not exist otherwise. The head of RAJUK, the body responsible for planning and development in Dhaka, said that of the 208,000 buildings surveyed in the last six months, at least two-thirds have violated the national building code in some way.

Clearly there is a long way to go before the Accord can handover its responsibilities with confidence. The Bangladesh Government has so far published no reports on factory remediation progress or follow-up inspections, and remediation deadlines for factories inspected by the Government have passed in some cases by years.

In September 2018, the Bangladesh Compact, a cooperation between Bangladesh, the European Union, the United States, Canada, Bangladesh and the International Labour Organization, to improve conditions in the garment industry, reported:

The Bangladesh Government must end the uncertainty caused by failed negotiations and more court-mandated time extensions, and come to the table with a real commitment to a credible and responsible transfer of Accord functions based on genuine readiness of the Government to take over.