Bangladesh Government set to throw away Accord achievements 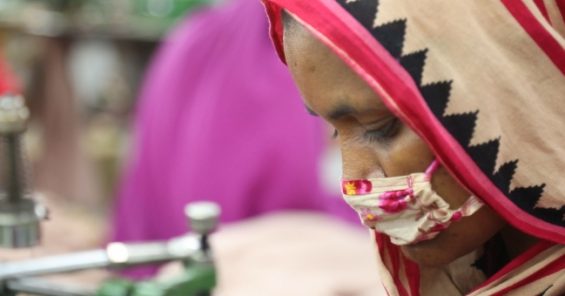 Bangladesh Government set to throw away Accord achievements

The Bangladesh Government is set to throw away the achievements of the Bangladesh Accord, which was a response the Rana Plaza building collapse in 2013 that claimed more than 1000 lives.

Rather than negotiate a responsible handover of Accord functions, the Government of Bangladesh is intransigent in insisting that the Accord leaves Bangladesh by a fixed date, regardless of whether there is a competent safety authority to replace it.

Following the Accord appeal against a court order to leave Bangladesh on November 30 2018, the Bangladesh Appellate Court has granted a number of extensions of time for the Accord, the Government of Bangladesh and employer’s association BGMEA to reach agreement with on how the Accord’s functions should be handed over.  The Accord developed a detailed and responsible plan which was submitted to both parties in September 2018. The plan is based on transferring responsibility for inspection and remediation of Accord factories in stages, based on demonstrated capacity of the responsible government body, RCC, to take over these functions.

The Government has consistently refused to accept any conditions for the handover of factories, claiming (without presenting any evidence) that the RCC has already met all readiness indicators which were developed by the ILO and agreed by the Government. Both the ILO and the European Commission have repeatedly stated that the RCC is far from being ready to take over the Accord functions. Nearly 200 international brands and retailers signed the 2018 Accord because there was still no adequate government regulation five years after Rana Plaza. Little has changed since then. The government’s claim to readiness is further undermined by its refusal to include any criteria in an agreed transition plan.

With no transparency and no verifiable assurance that the unprecedented level factory safety achieved by the Accord will be maintained, global brands sourcing from Bangladesh cannot take the risk of a return to conditions that led to the collapse of Rana Plaza in 2013.

The parties are due to appear again before the Appellate Court on February 18 to report the results of their negotiations. The union and brand representatives negotiating on behalf of the Accord have written to the Government and the BGMEA in a last ditch effort to reach agreement on a responsible transition plan. If the Government remains unwilling to provide credible assurances, the parties will need to report to the Court that no agreement was reached. It is unclear how the Court will react, but an abrupt decision that the Accord must immediately depart Bangladesh is a likely outcome.

After more than 5 years of intensive work and investment through the Accord, which has resulted in an unprecedented level of safety in Bangladesh garment factories, it is extraordinary that the Government is prepared to throw this away, to once again put the lives of its millions of garment workers in danger and to risk the reputation of the Bangladesh garment industry.

UNI Global Union, based in Nyon, Switzerland, represents more than 20 million workers from over 150 different countries in the fastest growing sectors in the world – skills and services.