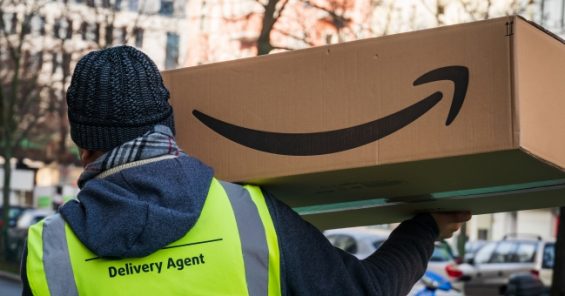 The French Digital Minister Cedric O and the Dutch Secretary of State for Digital Affairs Mona Keijzer have just issued a joint position paper calling for European Union competition authorities to take “swift action” to curb the consolidation of market power by Big Tech corporations like Amazon–including potentially breaking the companies up.

“The increasingly unaccountable power of corporations like Amazon represent is already having a human cost. The revelations have been accumulating over the past month of how it is likely spying on working people in Europe. Their aim is clear: break up any efforts by workers to form unions and collectively organise for better conditions. With their dominant position and anti-competitive approach, they are forcing working people’s conditions down across the continent.

“This is a threat to the European Social Model, which is founded on worker participation. We don’t want to see a union-busting industry being imported into Europe. The case of Amazon’s spying: in which the corporation run by the richest man in the world, is spying on last mile deliver workers, some of the most precarious and worst paid workers, is revelatory. This is a matter of ensuring a fair society with levels of inequality that don’t spiral out of control.”

“A more accurate term for behemoths like Amazon is digital monopoly platforms. They undermine efforts for a level playing field through a series of competition-killing practices. This includes cross-subsidisation of its operations in retail and aggressively undercut competitors and killer acquisitions to buy out competitors and take over their market share. The problem too is that while Amazon is a marketplace, it is also a seller on that marketplace and uses its data and algorithms to favour its own products and strategy. The end result is they are too big to care about workers, about sustainable business practices or about consumer privacy and this is having a devastating impact on our societies.”

Calls have been intensifying for the EU to take action on Amazon. At the end of September, a major coalition of unions sent a letter to the EU Commission calling for an EU investigation. A week later, MEPs wrote to CEO Jeff Bezos demanding answers on a job posting recruiting intelligence officers to work on “labor organizing threats against the company” as well as “hostile political leaders”. Recently, Human Rights advocates Amnesty International have joined the call for the labour issues at Amazon to be addressed.

Recent revelations have suggested Amazon is spying on private Facebook groups of last mile delivery workers; is specifically monitoring organising efforts within certain e-mail groups of its tech workers; has appointed the former commander of US Cyber Command to its board of directors (the very person who likely supervised the surveillance of German chancellor Angela Merkel); and have been working on new software to track unions.

The call for a structural separation of different business divisions within Amazon has been growing louder and uniting ever more stakeholders. In their recent submission to the consultation on the Digital Services Act, UNI Global Union and UNI Europa enumerate the issues this would help to solve.