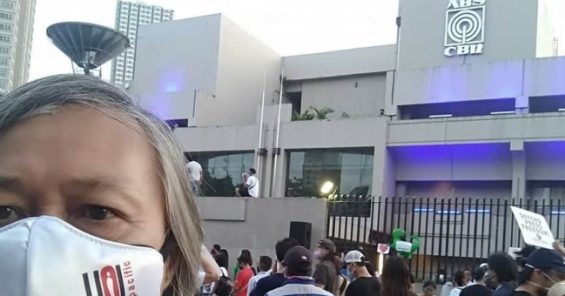 The Council of Global Unions (CGU) comprising of eleven global unions including UNI Global Union issued a joint statement on Monday (20 July 2020) raising concerns about the deteriorating human rights conditions in the Philippines.

The statement condemns the Philippines government’s bizarre responses during the COVID-19 pandemic that undermine established democratic institutions and the relentless suppression of the democratic rights of Filipino workers. It raises alarm at the passage of the vaguely worded Anti-Terrorism Act of 2020 that confers overly broad powers to the Executive to easily tag any identified person(s) or groups as terrorist. This is of particular concern following the trend of unexplained disappearances and killings of labour leaders and members, as well as the government’s tactic of “red-tagging” dissident labour leaders struggling to hold employers and government accountable for anti-labour action.

The statement also pointed out the anti-labour instances adopted by the government during the pandemic. Rather than protecting workers’ rights, the government’s actions and policies actively promoted employers’ interest and flexibility to downsize their workforce. The informal sector workers such as Jeepney drivers are also targeted as the government attempts to phase out the ubiquitous mode of transport during the ongoing pandemic.

The government’s politically motivated denial of the broadcasting license to the ABS-CBN network not only threw more than 11,000 workers out into the cold, it also served as another nail in the coffin for the country’s media freedom and freedom of expression. 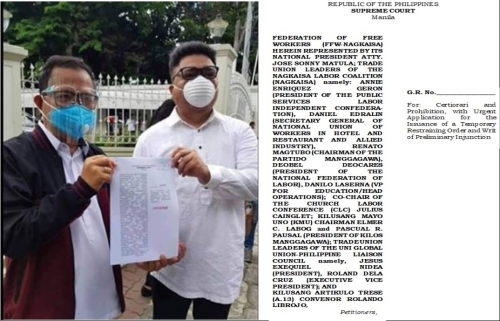 (Attorney. Gen Du (right), legal counsel of the UNI-PLC, and Atty. Sonny Matula (left), President of the FFW, in front of the Philippine Supreme Court before filing the petition of labour groups, including the UNI-PLC, to declare the Anti-Terrorism Act of 2020 unconstitutional)

UNI Apro Regional Secretary, Rajendra Acharya, said, “The CGU statement is a clear indication that the whole world is now aware of the situation in the Philippines. This is no less due to the concerted efforts of our affiliates, together with other labour unions and civil society organisations, who struggled tirelessly against a constricting civic space while doing their best to protect workers’ rights during the pandemic. I highly appreciate the UNI Global Union – Philippine Liaison Council (UNI PLC) for playing this instrumental role which included the joint filing of the petition the Philippine Supreme Court to stop the implementation of the Anti-Terror Act, and for being one of the first to raise ABS-CBN’s plight to the global level.”