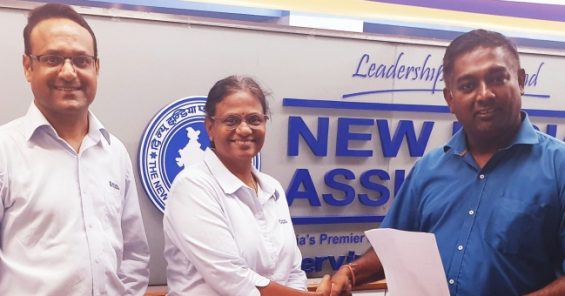 Fiji is one of the most picturesque countries with rich natural resources in the Pacific. Comprising approximately 300 islands out of which 100 are inhabited by nearly 900,000 people, with almost half of the population living on the main island of Viti. It’s economy mainly relies on sugar as the main export. While service sectors like construction, manufacturing and retail activity have grown in the past years with tourism as its main driver.

UNI has two affiliates in Fiji, the Fiji Bank & Finance Sector Employees Union (FBFSEU) and the National Union of Factory and Commercial Workers (NUFCW). Together they formed the UNI Fiji Liaison Council.

The FBFSEU currently have members from 19 different employers including Banks, insurance Companies, and Finance Companies, Home Loan specialist, Credit Unions and others. Sailesh Naidu, National Secretary of FBFSEU shared with us that the union managed to negotiate and conclude 6 collective agreement securing benefits for its members.

During an interview, Sailesh stressed, prior the pandemic, the unions were already working in difficult circumstances due to the domestic politics which were largely anti-union since the mid-2000s. The country was poorly ranked by the ITUC Workers’ Right index for years. Despite the difficulties, the unions persevered and managed to keep the union flag flying for workers.

Fiji, the country was doing relatively well except for the tourism sector which experienced declining visitors due to the COVID situation elsewhere. On 19 March, a flight attendant of Fiji Airways was confirmed Fiji’s first COVID-19 case. This marked the start of a difficult period for Fiji. 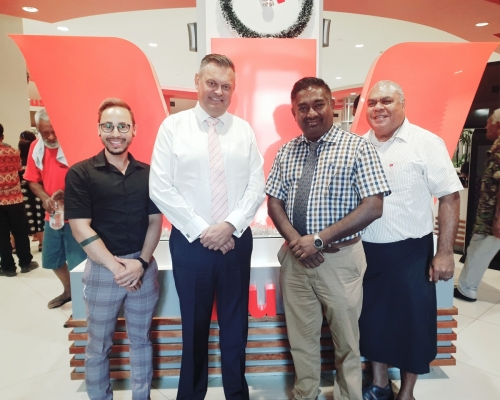 Bro. Sailesh, National Secretary of FBFSEU, and the Chairman of UNI Fiji Liaison Council, elaborated on the agreements and what it means for them during the current pandemic.

UNI Apro: Bro. Sailesh, can you share with us the key results of the 6 CBAs?

Sailesh Naidu: Yes. From March this year, we signed a total of 6 Annual Collective Agreements:

Westpac Banking Group- Enterprise Agreement on all Terms & Condition of employment. The last Westpac enterprise agreement was nullified by the government decrees in 2011. After a long 9 years of struggle, the Union was able to sign off an acceptable agreement with the employer after local and international pressure.

The second agreement was on Retirement Age. Under the Union negotiated landmark agreement with LICI, it was agreed that retirement age shall be 60 and upon retirement, the employer will pay gratuity payment up to 50 weeks of pay depending on years of service. The agreements with LICI was particularly tedious and hard fought. There was a long and lengthy battle which resulted in court action by the Union. Fortunately, we were able to persevere and resolve the issues amicably outside court after a change in the management.

UNI Apro: Can you tell us whether these agreements have helped mitigate the COVID-19 impact of on Fiji’s economy?

Sailesh Naidu: These agreements come at a time when employers around the world are distancing itself from collective bargaining because of Covid impediments to business operations. We have no doubt that the satisfied employees will certainly give their best to the companies. 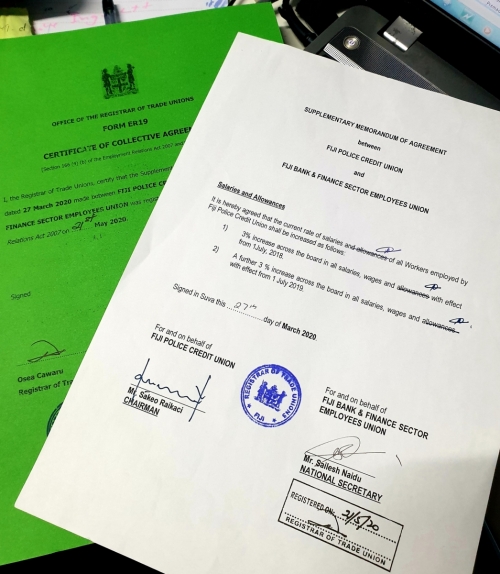 UNI Apro: Congratulations to you and the unions. It must have been a tough struggle.

Sailesh Naidu: Yes, thank you very much. It has not been an easy time for the members and I am glad they have remained and supported us all these years. Because you know it was not an easy time to be a union member.

Sailesh valued the international solidarity support received for the survival of trade union movement following the enactment of Essential National Industries decree by the government in 2011 which curtailed the functioning of trade unions. He valued the assistance received from UNI and UNI Apro to reorganize the unions and arresting the membership decline.

“FBSUEU members highly value the financial assistance and appreciated the solidarity received from UNI Global Union, which enabled us to stay strong and fight to secure our rights in Fiji”, said Sailesh concluding the interview.