Dignity at work in film and TV production 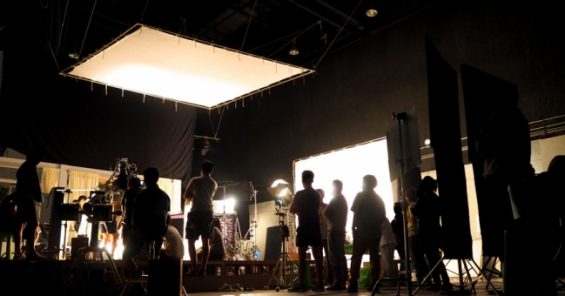 The final webinar of the EU project “dignity at work” co-funded by the European Union took place  on 18 June 2021. It brought bring together over sixty trade union leaders and members of film and TV production unions that has participated in a two-year project action to improve the capacity of unions to prevent and address violence and sexual harassment and to engage employers in a dialogue on dignity at work in and common minimum standards in international film and TV productions.

The first session provided for an exchange with Benoît Ginisty, Chief Representative of FIAPF on prospects of improving the economic and social conditions against the background of the impact of the COVID-19 pandemic on the film and TV industry in Europe. The discussions with participants underlined the importance of sustaining the cooperation between unions and employers at national level as well as the continued dialogue between FIAPF and UNI – media, entertainment, and arts to improve welfare conditions and to ensure safe working conditions based on collectively negotiated COVID-19 safety protocols.

The prevention of violence and sexual harassment were at the heart of two sessions during which unions from Ireland, Sweden, and the UK shared their experience on using opportunities for change to address violence in a pro-active manner. The development of new tools and measures, such as intimacy coordination, prevention training programmes and counselling were presented. Participants agreed these three elements should be part of a general toolbox for all film and TV productions.

During the last part of the webinar, trade union representatives  from Germany shared their experience of the collective bargaining process that resulted in the improved working time regime for film and TV production workers that the German union had negotiated with the national member organisation of FIAPF, die Deutsche Produzenten Allianz in Spring 2021. The new collective agreement stipulates those two consecutive days of rest must be granted at least twice per month during shooting periods, and three consecutive days of rest must be granted from the second month onwards for longer productions with more than 40 days of shooting. After a night shoot into the weekend, a rest period of 48 hours and a further eleven hours must follow at least twice per month after the end of the shooting day. For work at weekends, a general surcharge of 25% will apply from September. The existing Sunday supplement will be increased from 50% to 75%.

Download here your language version of the code of conduct.