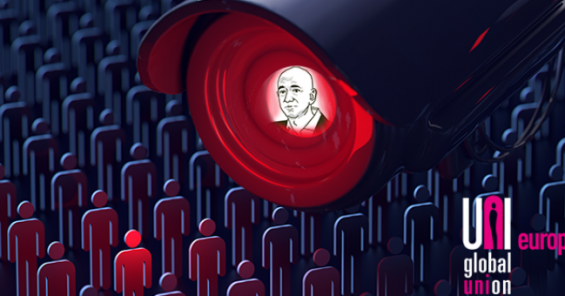 A Europe-wide demand that Amazon stop spying on workers is echoing within the halls of power in the EU. Today, 37 members of the European Parliament (MEPs) submitted a letter to the company’s CEO Jeff Bezos calling for urgent action, days after European labour unions urged EU authorities to investigate the company for what they consider a “breach of European labour, data and privacy laws.”

“We are concerned about whether European trade unions, as well as local, national, or European elected representatives, are affected by this approach to ‘threat monitoring,’ which aims to repress collective action and trade union organizing. We hope that your answer will relieve us of our concerns about union rights and political freedoms created by these recent advertisements for intelligence analysts at Amazon,” the letter signed by 37 members of the European Parliament reads.

“Amazon workers’ right to union representation and their right to data protection are not checked at the warehouse door,” said Christy Hoffman, General Secretary of UNI Global Union.  “Amazon’s repulsive behavior towards workers who want better, safer jobs shows why unions and by regulators must act to hold the company accountable. We hope that Bezos and Amazon management take the MEP’s concerns serious and make the changes necessary to ensure workers’ rights are respected.”

“Amazon’s business model is heavily based on surveillance. Like other business models, Amazon’s is not beyond criticism. Our institutions must ensure that a business model becomes unviable the moment it encroaches on people’s rights. That moment has passed. It is time for action, said Oliver Roethig Regional Secretary of UNI Europa. “We already knew that Amazon trained its managers to target efforts by workers to form unions and negotiate collectively. We were there when Amazon continued to sell non-essential goods through the lockdown and refused to negotiate with workers over health and safety. This time it is workers’ privacy they are targeting. It is time for the institutions that protect these rights to take back control and investigate Amazon.”

The MEPs action comes on the heels of a recent effort by European trade union leaders representing over 12 million workers who signed a letter last week urging the European Commission to “open an investigation into Amazon’s potentially illegal activities against Amazon workers in Europe.” The effort comes as the tech giant’s recently exposed spying on workers for lawful union activities in Europe.

“Amazon’s plans to ramp up surveillance of workers across Europe and globally are yet another reminder that EU Institutions should closely investigate Amazon’s business and workplace practices throughout the continent, as we suspect them to be in breach of European labour, data and privacy laws that our citizens expect to enjoy,” the letter reads.

The demand comes as Amazon’s explosive growth has drawn further attention to the company’s notorious anti-union stance globally and as the EU is set to roll out the Digital Services Act, a directive that will regulate multiple aspects of Amazon’s core business and the digital economy broadly. The full coverage of the package is currently being negotiated but it will cover content and user moderation as well as new competition rules for so-called gatekeeper platforms. The European Commission is due to present its plans in December 2020.