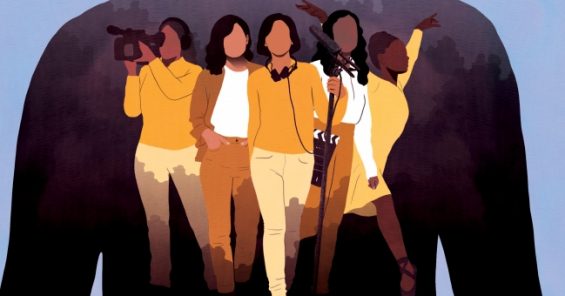 On 9 July 2021 Panartes and FIA-LA are launching an online survey on violence and harassment in the workplaces of the audiovisual industry and performing arts sector in Latin America.

The survey will seek to identify and visualise the existence of these behaviours at the regional level. The information gathered will help to generate a diagnosis that will serve as a background for trade unions to deepen their work on the issue, carry out preventive actions and incorporate specific proposals to better represent the interests of their affiliates in social dialogue processes.

“If all the women who have been sexually harassed or assaulted wrote ‘Metoo’ as a status, we might give people a sense of the magnitude of the problem“, wrote actress Alyssa Milano in 2017, initiating the #Metoo movement to denounce sexual assault and harassment in the film industry in the United States. Alongside this campaign, others emerged in several Latin American countries led by the unions themselves, such as in Argentina, Colombia, Chile, among other countries, denouncing the same situation.

“Trade unions have been working tirelessly for the introduction of clear rules through collective bargaining to promote prevention policies against violence and harassment in the workplace. This survey will shed more light on the relevance of the problem in the sector and will complement what the different trade union organisations are already denouncing“, said Briceida Gonzalez, Regional Director of UNI Americas Equal Opportunities.

For the PANARTES Women’s Group in Argentina, it is important to highlight that “as women trade unionists our commitment is to generate the necessary tools from collective bargaining to ensure violence-free workplaces. We believe that we must create safe environments so that women colleagues lose their fear of denouncing violence. This regional initiative is a great step forward, especially in these difficult times for our activity. The survey will give us a diagnosis of women workers in the media, arts and entertainment in the region“.

“We must understand that prevention and protection policies that promote work spaces free of violence and harassment generate better working conditions and are equal to any other right in the labour relationship; therefore, it is an urgent and necessary tool that we, the workers of the acting and performing media, owe to ourselves” added Alejandra Rincón, General Secretary of FIA-LA.

“In all areas of work, violence against women and dissidents is expressed as harassment, sexual harassment, segregation, wage discrimination, hiring restrictions, a glass ceiling, among other forms. We urgently need a clear and precise diagnosis in order to promote and adopt specific policies. We have found in this survey a good tool for diagnosis and networking, essential to generate better and fairer working conditions“, added Alicia Dogliotti, Vice President of FIA.

This survey is a regional trade union initiative of Panartes and FIA-LA with the support of Union to Union, the Swedish trade union movement’s organisation for international development cooperation.

The survey is available at the following links:
In Spanish
In Portuguese

A live webcast of the launch event will be available on the UNI Americas Facebook page: https://www.facebook.com/uniamericasunion/