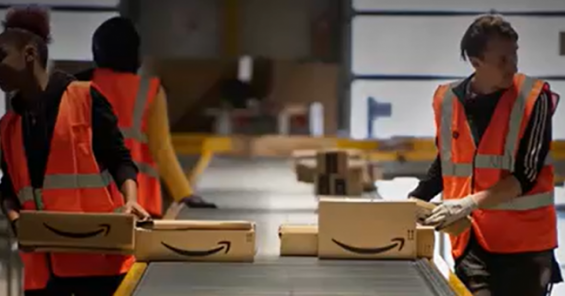 Just days after the Washington Post published a scathing story on Amazon´s persistent anti-union tactics against workers trying to form a union in Bessemer, Alabama, over 70 investment firms and institutional investors representing combined assets of more than US$6 trillion, submitted a letter to Amazon demanding that the tech giant cease “all anti-union communications, including public statements, captive audience meetings, texts, websites, on-site billboards, and any other form of contact with workers regarding their freedom of association.”

In the letter, the investors also demanded more transparency regarding “activities and efforts by Amazon to assure its employees of their ‘right to join, form, or not to join a labour union or other lawful organization of their own selection, without fear of reprisal, intimidation, or harassment.”

The investors’ outreach to the company comes on the heels of the start of a historic union election in Bessemer, Alabama, where over 5,800 warehouse workers have begun voting to form what could be the first Amazon union on American soil.

“Amazon needs to understand that the right to form a union is an internationally recognised human right,” said Christly Hoffman General Secretary of Union Global Union. “The world is watching what´s going on in Alabama and many stakeholders, including global investors, are starting to ask questions about the risks associated with the company’s record of flouting international labour standards and are calling for change.”

The signatories are also demanding that Amazon takes immediate measures to implement its stated commitment to ILO Core Conventions, the ILO Declaration on Fundamental Principles and Rights at Work, and the UN Universal Declaration of Human Rights. Under these standards, employers must remain neutral when workers consider joining a union.

“Amazon workers in Bessemer want a union to protect their health and safety especially during a pandemic,” said Stuart Appelbaum, President of the Retail, Wholesale and Department Store Union (RWDSU) the union behind the organizing effort in Alabama and affiliated to UNI. “This election needs to be fair and safe. However, Amazon is rolling out nearly every dirty trick in the book. It has even recycled similar arguments to the Trump campaign in a failed attempt to stop mail-in ballots in a state with one of the highest COVID-19 infection rates in the country. Amazon is showing a total disregard for the health and safety of their employees while at the same time harassing them with anti-union propaganda. They are not even safe from Amazon’s union busting in the warehouses bathrooms.”