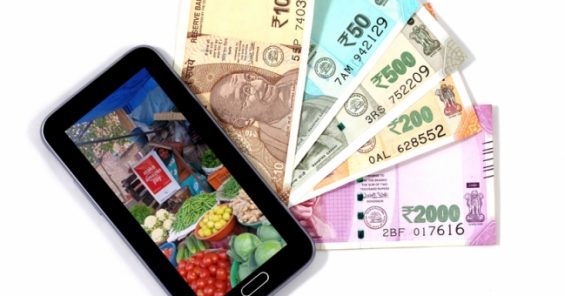 As India prepares to launch a new multi-trillion online payment mechanism, a coalition of labour unions and NGOs led by UNI Global Union, All India State Bank of India Staff Federation (AISBISF), IT for Change and the Joint Action Committee Against Foreign Retail and E-commerce’ (JACAFRE) demanded today that the Reserve Bank of India (RBI) reject Amazon’s application to set up a new “fee rich” for-profit payment system because “Amazon lacks the record of fairness and integrity as mandatorily required” by the RBI.

“… Amazon as an entity goes contrary to the principles of equity and fairness, and it is being investigated for its unfair, abusive, and anti-competitive conducts in several jurisdictions, including in India,” the coalition states in a letter submitted today.

The RBI is the country’s central bank and regulatory body, and its New Umbrella Entity (NUE) would permit companies to develop and operate alternate payment systems other than what is operated by the non-profit National Payment Corporation of India (NPCI.) The for-profit NUE system proposed by the RBI intends to set a stage for competitors to the current non-profit system by promoting private players to operate alternate for-profit payment systems.

“India shouldn’t give away its digital wallet to a company like Amazon with a long history of unethical, anti-worker, and anti-competitive practices,” said Rajendra Acharya, UNI Global Union Regional Secretary for the Asia Pacific. “Millions of Indians depend on easy to use, fee-free online payment to conduct everyday business and go about with their lives. The RBI should keep the NUE in the hands of responsible actors that put people before profits.”

Currently, Amazon is being investigated by India’s Enforcement Directorate, the Foreign Exchange Management, and the Competition Commission of India for violation of Foreign Direct Investment Rules and for anti-competitive behaviour. Also, several petitions have been filed against Amazon by small traders and trader associations.

“Amazon´s insatiable appetite for growth and market dominance and profit is not good for Indian workers, consumers or merchants, ” CH Krishna, from the Joint Action Committee Against Foreign Retail and E-commerce’ (JACAFRE). “The RBI needs to side with the people of India and keep the online payment systems fair and free.”

Reuters has also reported that Amazon gives preference to certain “special” sellers on its e-commerce platform in India. The majority of sales on the platform of Amazon came from very few large vendors, where Amazon also held equity shares or in some way related to Amazon.

“The government of India shouldn’t be in the business of promoting parallel, for-profit, digital payment exchanges run by corporations, when we have one running perfectly well serving all people for free,” said Parminder Jeet Singh, Executive Director of  IT for Change. “Inviting giant e-commerce companies like Amazon, Walmart-Flipkart or Reliance -Jio to suck up even more money and data from us will only benefit their corporate overlords, not Indians.”

Additionally, Amazon globally has also been under the scrutiny of enforcement agencies. In the United States it has been noted that Amazon has been engaged in ‘extensive anticompetitive’ conduct in its treatment of third-party sellers on its platform. An anti-trust investigation is also being carried by the US Federal Trade Commission. Amazon has previously paid millions of dollars to FTC to settle the charges against it for violating the contract with its delivery drivers.

Similarly, Amazon is being investigated for allegedly violating the competition law of the European Union–for its dual role as a seller and the owner of its online marketplace, which Amazon allegedly uses to the disadvantage of other vendors.

” We will like the Reserve Bank of India not to give up essential and infrastructural tasks related to currency, finance and banking to corporate entities, for them to run such essential infrastructure for profit, and entrenching their corporate power. NPCI and UPI are doing good work under RBI’s close regulation and monitoring and we are fully opposed to opening up parallel for–profits systems which would not be in the public interest,” said Sanjeev Kumar Bandlish, General Secretary of All India State Bank of India Staff Federation (AISBISF.)

Following global worker unrest in Amazon warehouses and increased scrutiny over the U.S. tech giant’s treatment of workers, the European Parliament is calling on Amazon’s chief executive Jeff Bezos to testify before its Employment and Social Affairs Committee.

Last October, 37 members of the European Parliament (MEPs) submitted a letter to the company’s CEO Jeff Bezos calling for urgent action in response to labour unions’ demands for a euro-wide investigate into what they consider a “breach of European labour, data and privacy laws,” by Amazon.