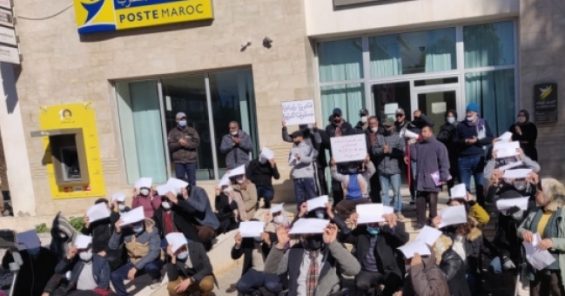 Following a show of international solidarity from UNI Global Union and our affiliates that brought the government back to the table, the Moroccan postal workers represented by FNPL-UMT have ratified a new agreement that brings them a US$50 a month raise and added union protections.

After a weekend of talks, the union and management at Poste Maroc reached a provisional agreement on the night of 17 January, bringing an end to an 11-day strike. The ratified accord allows for a wage raise of US$50 and an increase in performance benefits among other gains.

Poste Maroc has continued to harass union members during the strike, in some cases threatening striking workers with dismissal and reducing their bonuses by 50 per cent.

UNI Post & Logistics initiated a solidarity campaign in support of the striking postal workers, calling on members to write to the King, the government and the management at Poste Maroc on their behalf.

“Our Moroccan affiliate, FNPL-UMT, has the support of UNI and postal unions worldwide as they negotiate a fair agreement for workers. We salute postal workers in Morocco who bravely took strike action to increase salaries, improve working conditions and fight back against union-busting at Poste Maroc.”

Highlights of the agreement :