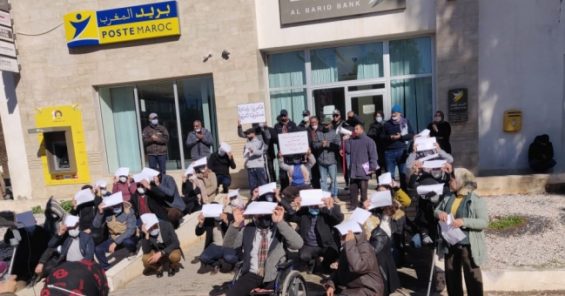 Following a show of international solidarity from UNI Global Union and its affiliates, the Moroccan government has intervened in a postal workers’ strike and called on Poste Maroc to seek an agreement with UNI affiliate, FNPL-UMT.

After a weekend of talks, the union and management at Poste Maroc reached a provisional agreement on the night of 17 January, bringing an end to an 11-day strike. The interim accord allows for a wage raise of US$50 and an increase in performance benefits among other gains. The two sides continue to negotiate, with a final outcome expected on 22 January.

Poste Maroc has continued to harass union members during the strike, in some cases threatening striking workers with dismissal and reducing their bonuses by 50 per cent.

UNI Post & Logistics initiated a solidarity campaign in support of the striking postal workers, calling on members to write to the King, the government and the management at Poste Maroc on their behalf.

“The agreement reached in principle with the management of Poste Maroc earlier this week is encouraging. All postal workers thank the outpouring of international solidarity organized by UNI Global Union, which made it possible to return to negotiations. An agreement must be finalized this week and we remain cautious about the evolution of the talks, particularly with regard to the defence of trade union rights and the reinstatement of the 20 employees who were demoted.”

The union is calling on the international trade union movement to continue their support as negotiations reach a critical juncture.

“Our Moroccan affiliate, FNPL-UMT, has the support of UNI and postal unions worldwide as they negotiate a fair agreement for workers. We salute postal workers in Morocco who bravely took strike action to increase salaries, improve working conditions and fight back against union-busting at Poste Maroc.”