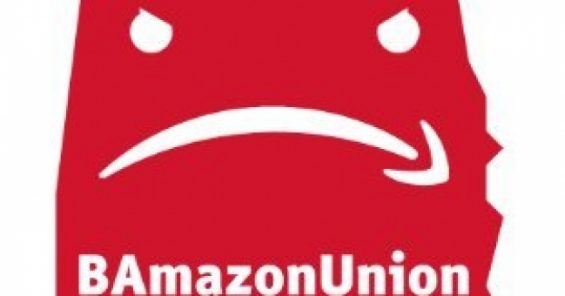 As 5,800 warehouse workers in Bessemer, Alabama, start voting to form what could be the first Amazon union on American soil, the UNI Global Union Amazon Alliance is calling on the tech giant to stop its dishonest anti-union campaign and allow workers to vote freely and safely.

“Amazon workers in Bessemer want a union to protect their health and safety especially during a pandemic,” said Stuart Appelbaum, President of the Retail, Wholesale and Department Store Union (RWDSU) the union behind the organizing effort in Alabama and affiliated to UNI. “This election needs to be fair and safe. However, Amazon is rolling out nearly every dirty trick in the book. It has even recycled similar arguments to the Trump campaign in a failed attempt to stop mail-in ballots in a state with one of the highest COVID-19 infection rates in the country. Amazon is showing a total disregard for the health and safety of their employees while at the same time harassing them with anti-union propaganda. They are not even safe from Amazon’s union busting in the warehouses bathrooms.”

Recent research shows that Amazon warehouses drag down wages in local communities. However, unions raise them—particularly for women and workers of colour. Black workers with a union make nearly 15 per cent more than their non-union counterparts.

“In Bessemer, Amazon’s CEO-in-waiting Andy Jassy could show to the world—in words and deeds—that he will change the company for the better by actually caring about racial and economic justice,” said Christy Hoffman General Secretary of UNI Global Union. “He should use his influence to stop Amazon’s anti-union campaign. He should support Black workers’ right to form a union without interference.”

The current head of AWS and incoming CEO of Amazon, Andy Jassy has been quoted as being supportive of the movement for racial justice in the United States. But so far, he has remained silent on the situation in Bessemer. The majority of the Bessemer workers are Black.

The Alliance is comprised of unions from 22 countries—including ver.di, the GMB, CCOO, CGIL, the RWDSU, and the Teamsters—and coordinated by UNI Global Union. The alliance and the global labour movement are keeping a close eye on this union election that could electrify the entire US labour movement.

As a coalition of over 20 unions representing Amazon workers worldwide the UNI Global Union Amazon Alliance stands in solidarity with the 5,800 BHM1 workers fighting to form a union. These workers have kept the company running and delivered for Amazon customers during the pandemic.

As unionists, we know that labour unions improve people´s jobs and people’s lives as well as how hard union busting employers push to keep workers from joining them. We are fully committed to supporting these Amazon workers in Bessemer, Alabama, leading the way to win union representation in the United States.

This is an exciting time for everyone who believes that workers at Amazon should be able to have a voice at work to improve their jobs, and defend their interests without employer intimidation. Like workers everywhere, our brothers and sisters at BHM1 only want what’s best for their families: safety on job, job security, and dignity and respect.

With most workers already expressing their desire to join RWDSU by signing union authorization cards, the UNI Global Union Amazon Alliance is demanding that Amazon stops its anti-union campaign to suppress workers’ voices in Alabama and let the workers decide without employer intimidation what´s best for their families.

In the middle of the COVID-19 pandemic, Amazon workers around the world are risking their lives working under incredible pressure to serve their communities and earn a living. But too often, when workers choose to stand up and demand Amazon to do better, the company retaliates against them—even firing them. Workers in Alabama are taking action to demand dignity, respect, and safety.

Coordinated by UNI Global Union, the alliance is comprised of unions from 22 countries including ver.di, the GMB, CCOO, CGIL, the RWDSU, and the Teamsters.