Global Unions: The Accord must continue in Bangladesh until the government is truly able to ensure worker safety 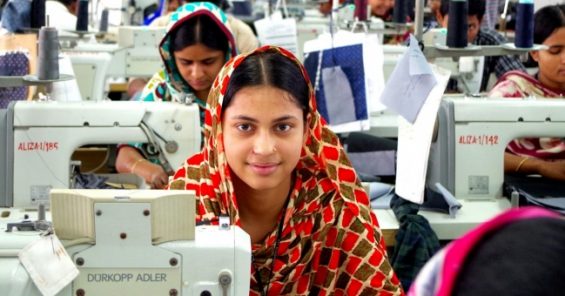 Global Unions: The Accord must continue in Bangladesh until the government is truly able to ensure worker safety

GENEVA, 15 April 2019—The Supreme Court of Bangladesh has given another short-term extension to the Bangladesh Accord, scheduling the next hearing to determine the safety program’s fate on 19 May 2019. UNI Global Union and IndustriALL Global Union, two signatories of the Accord, issued the following statement:

“The Bangladesh Accord has saved lives and has helped make the country’s garment industry more sustainable,” said Head of UNI Commerce, Mathias Bolton. “We welcome the one month extension but the fact remains, the Accord must be allowed to continue operations in the country until the government is ready to effectively take over the training, inspection, and remediation functions of the Accord. Currently, the government clearly does not have that capacity.”

IndustriALL assistant general secretary Jenny Holdcroft said, “It is good that the Court has decided to allow more time for negotiations between the Accord and the BGMEA and the Government. The Accord cannot cease its operations without a resolution that protects garment workers in Bangladesh now and into the future.”

A recent study using the government’s own data found a “shocking unreadiness” by Bangladeshi regulators to oversee the ready-made garment industry, the country’s largest economic sector.  This is especially alarming because complaints about Bangladeshi garment factories reached an all-time high in 2018.

The 15 April hearing was the fourth of its kind since the government of Bangladesh issued a restraining order on the Accord, which was due to take effect on 30th November.

The Bangladesh Accord was signed in 2013 after the Rana Plaza garment factory disaster. It was the first agreement with a legally-binding mandate requiring fashion brands to help their contractors eliminate fire and structural safety issues.

A second agreement, the 2018 Transition Accord, went into effect when the original pact expired in May 2018 and extends the Accord’s protections until 2021.

The Accord has overseen improvements including the installation of fire doors, sprinkler systems and the upgrading of electric wiring in nearly 1,700 factories that produce clothing for some of the world’s largest brands.