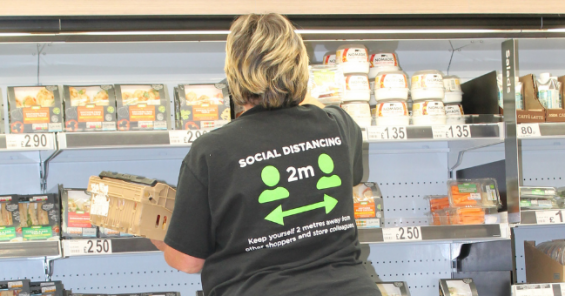 A shareholder webinar held by PIRC on “Equal Pay for Equal Work” highlighted the groundbreaking work of UNI Global Union’s UK affiliate, GMB, in achieving equal pay for women in the retail sector.

In the largest equal pay claim ever in the UK private sector, over 44,000 women who work at ASDA supermarkets filed a joint claim that their work was of equal value to that of their male counterparts working in the company’s distribution centres.

After the Supreme Court ruled in their favour and agreed that shopfloor workers can compare themselves to distribution centre workers, unions, including UNI affiliate Usdaw, are supporting similar claims at Tesco, Sainsbury’s, Morrisons, Next and the Co-op. This case sets a precedent for retail companies not only in the UK, but globally.

“These kinds of pay equity claims are an important tool for closing the gender pay gap,” said Christy Hoffman, UNI General Secretary.  “Employers shouldn’t be able to get away with a two-tiered pay scheme which embeds low wages based upon sexist assumptions that women need and deserve less.”

Susan Harris Director of Legal, GMB said, “This case is confirmation of what we’ve known all along – many women working jobs of equal value to the men in the distribution centres and get paid less than their male counterparts.”

“The fallback position from ASDA, even in 2011, was a complete anachronism. The company argued the old-fashioned, discriminatory and insulting idea that the men in the distribution centres were the main bread winner and the women in the shops ‘just work a few hours to complement the main income winner’.”

“The women working in these shops must get the fair pay, dignity and respect their hard work deserves. Especially over the last 18 months when they have been on the frontlines throughout a global pandemic and kept our economies and communities going,” concluded Harris.

Since 2007, there have been over 29,000 equal pay claims every year in the UK. The implication for investors is that labour rights are financially relevant, and that promoting collective bargaining and pay transparency are positive steps to ensuring sustainable companies.

Ellie Pinnells, partner at Fieldfisher said, “It’s over 50 years since the equal pay act – it’s time that we reevaluate how we look at work in traditionally ‘female sectors’. Women who do work of equal value have been underpaid relative to their male counterparts for years. It was wrong then, and it’s wrong now. Companies must pay out what is due.”

Uplifting wages in the retail sector, especially after the Covid-19 pandemic, would be a constructive step towards gender parity and UK unions are fighting tooth and nail to make it happen.