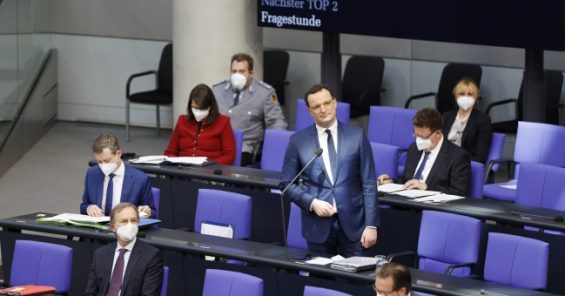 In a significant day for human rights due diligence in Europe, the German parliament passed the Supply Chain Act, just following the Norwegian Transparency Act clearing a significant legislative hurdle.

The German law will tackle human rights and environmental violations in supply chains that occur in third-party countries—such as child labour, use of harmful chemicals, discrimination, and denying workers’ access to union representation and collective bargaining. From 2023, it will apply to companies operating in Germany with more than 3,000 employees, and the following year will go into effect for all companies operating in Germany with more than 1,000 workers. It also entitles Works Councils to information and consultation on issues of corporate due diligence in supply chains.

For human rights issues—as well as for environmental impacts—companies will need to assess risks and take preventative measures throughout their value chains. Following France, Germany is the second country in the European Union to pass a comprehensive due diligence law.

“While the law has its shortcomings, it is a significant step forward for transparency and accountability in German multinational corporations. The EU must now build upon this law through introducing a robust due diligence directive without further delay” said UNI Global Union General Secretary Christy Hoffman. “Too many companies prefer to ignore the widespread neglect and abuse of workers’ rights across their operations, and due diligence is a critical tool to ensure that enabling human rights—like the right to organize and bargain—are respected globally.”

The Norwegian law would increase disclosure by requiring companies to implement and report on due diligence with respect to human rights and decent work in line with the OECD Guidelines.  It applies to large companies–including foreign corporations operating in Norway.  It just cleared the first vote in the country’s parliament and will face a second vote to confirm its passage soon.

“We hope that the European Commission is taking note of these laws and building on them to enforce due diligence across the continent as well as across the globe,” said Oliver Roethig, UNI Europa Regional Secretary. “Companies operating in Europe should no longer be allowed to undercut fair competition by violating people’s fundamental rights at home or abroad.”

The Commission is slated to unveil an EU-wide due diligence proposal in the autumn.