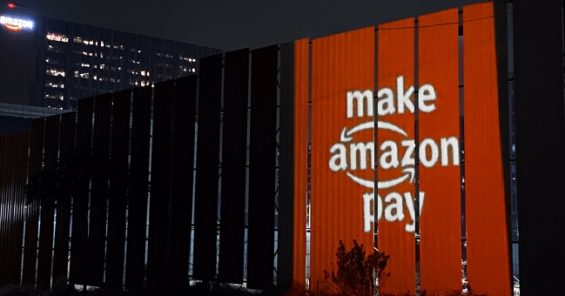 Following the launch of the Make Amazon Pay campaign, 401 legislators from 34 countries have written to Amazon CEO Jeff Bezos backing the campaign’s demands and pledging legislative action in a letter organised by campaign co-convenors UNI Global Union and Progressive International.

The letter to Bezos pledges to support this movement and commits to Make Amazon Pay. The parliamentarians charge that Bezos and Amazon have “dodged and dismissed… debts to workers, societies, and the planet.”

“We urge you to act decisively to change your policies and priorities to do right by your workers, their communities, and our planet,” the political leaders write. “We stand ready to act in our respective legislatures to support the movement that is growing around the world to Make Amazon Pay.”

“Workers, progressive electeds, anti-monopolists, small businesses and activists are coming together to show Amazon that social dialogue and collective bargaining are not threats but vital tools that modern societies use to protect workers’ health, save people’s lives and affirm the dignity of work,” said Christy Hoffman, General Secretary of UNI Global Union, co-convenor of the Make Amazon Pay campaign.

“Make Amazon Pay is a planetary movement challenging Amazon’s global impunity. Today 401 legislators from 34 countries and all six continents of the world have joined our movement, not only raising up its demands, but pledging to work with it to bring real change through the congresses, parliaments and state houses of the world. Our message should be ringing in Jeff Bezos’ ears: change is coming. But if it isn’t already, we promise that this is just the beginning, ” said Casper Gelderblom, Make Amazon Pay campaign lead for co-convenor Progressive International.

Representing more than 20 million workers in 150 countries, UNI Global is driven by the responsibility to ensure service jobs are decent jobs and that workers’ rights are protected, including the right of union representation and collective bargaining. Progressive International unites, organises and mobilises progressive forces around the world.

Full text of letter and list of signatories here.