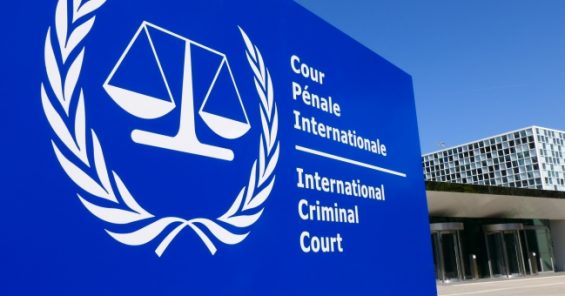 Brazilian President Jair Bolsonaro’s response to the Covid-19 crisis is a crime against humanity, alleges a lawsuit filed 27 July at the International Criminal Court (ICC) in The Hague, Netherlands.

The Brazilian Union Network UNISaúde, whose affiliated unions represent more than one million workers in 18 states, the Federal District, and all regions of the country, filed the case accusing the Bolsonaro administration of being criminally negligent in its management of the Covid-19 pandemic—risking the lives of healthcare professionals and of members of the Brazilian society. The unions believe it is the first suit of its kind to be filed against a government for large-scale death and illness due to public health failings.

“The Bolsonaro administration should be held accountable for its callous response to the pandemic and for refusing to protect the care workers and Brazilians that it has sworn to defend,” said Marcio Monzane Regional Secretary of UNI Americas, the organization who spearheaded the lawsuit. “Filing a case with the International Criminal Court is a drastic measure, but Brazilians face an extremely dire and dangerous situation created by Bolsonaro’s deliberate decisions.”

UNI Americas, the regional arm of UNI Global Union representing 20 million skills and services workers in 150 countries, is a signatory and coordinates UNISaúde Network. In addition to organizations representing healthcare professionals, the filing is signed by Public Services International (PSI), the General Union of Workers (UGT), the Central Workers Union (CUT), the New Labor Central of Workers (NCST), and various social movements working in all regions of the country, including the Movement of Landless Workers (MST), the Guarani Yvyrupa Commission (CGY), and the National Coordination of Black Rural Quilombola Communities (CONAQ).

The lawsuit relies on the Rome Statute, which in 1998 established four core international crimes: genocide, crimes against humanity, war crimes, and the crime of aggression. The case describes how Bolsonaro committed crimes against humanity when he refused to take the necessary measures to protect the public during the pandemic, failing to live up the protections guaranteed by the Federal Constitution.

The groups are asking the ICC to restrain the government from acting in such a negligently and to take the proven, necessary steps to reduce risk to health professionals and the Brazilian population.

Ana Paula Gonçalves Maia, nursing technician and union delegate of the Union of Employees in Health Service Establishments in Belo Horizonte and Region (SINDEESS – Minas Gerais State), hopes that the complaint at the International Criminal Court will give more attention to health workers, especially nursing professionals, “because we are on a battlefield where we do not know whether we will live or die.”

In Brazil, nearly 100,000 nurses, nursing technicians, and nursing aids have contracted the virus. According to the COFEN Nursing Observatory (Federal Nursing Council), nearly 300 of those workers and 200 doctors have died from the disease.  In total, it has claimed almost 80,000 Brazilians and left more than 2 million people sick as of 20 July, according to data from the Johns Hopkins University in the United States.

With regard to healthcare workers, the federal government has botched coordination with states and municipalities to guarantee efficient, available testing, including to asymptomatic professionals, in addition to the provision of quality PPE (Personal Protective Equipment), to protect those who have been at the forefront of combating the disease and who often pay with their own lives for it.

The lawsuit states that the president, who has tested positive for the virus, is also continuing to perpetuate Covid-19’s risks by promoting the gathering of his supporters, approaching them without a mask, and advertising highly questionable medical treatment,  such as hydroxychloroquine. Brazil has been without a permanent health minister for more than two months, during the greatest health crisis in the past century.

The Brazilian Union Network UNISaúde is composed of Brazilian union entities that work in the health area, affiliated with several national union centers and located in multiple states and regions of the country. The UNISaúde Network was formed under the umbrella of UNI Americas, regional federation of unions in private services, including health care.

See the linked list of entities and social movements that signed on to the complaint.

Calls for the ICC to act from Brazil’s frontlines

For nurse Libia Bellusci, who is vice president of Sindenf-RJ (Rio de Janeiro Nurses Union) and herself a victim of Covid-19, the international complaint is important because the Brazilian government has trivialized the pandemic since its inception.

“In the beginning, the president himself said that (Covid-19) was a cold, and then, when Brazil already had thousands of deaths, he said – ‘so what?’ His stance ended up making the process of caring for and protecting health workers and the population unfeasible. Only with the international complaint will we be able to show that health entities are united in favor of the working class, because today, we, in nursing, lead the ranking of deaths of health professionals,” said Bellusci, who works at the Getúlio Vargas State Hospital.

In the same line of reasoning, Sofia Rodrigues do Nascimento, director-president of the Campinas and Region Health Workers Union (Sinsaúde Campinas e Região), emphasized that the president “did not provide the nation with the necessary assistance”. “If he had provided the assistance before, as a measure from the federal government, the disease would not have spread so much. Today, health workers have been working sick and very concerned about tomorrow.”

Jhuliana Rodrigues, nurse technician and vice president of Sinsaúde Campinas, who works at the Hospital São Vicente in the municipality of Jundiaí, hopes that the complaint will give visibility to what happens behind the walls of hospitals and other health centers, whether public or private.

For four months without seeing her 11-year-old daughter, she said that her own routine at work is more dehumanized, not because of the professionals themselves, but because of the fear they feel. “It is very difficult to take on duty. We meet colleagues and feel a heavy energy, a lot of pressure, a block. There is no more conversation, interaction, we work with fear of the other. It is very sad to work 12 hours without security, emotional support. For this reason, I believe that denouncing is a way of expressing our afflictions and our human side, as we are suffering a lot with all this,” she said.