IOC told: “Athlete rights are not a game” 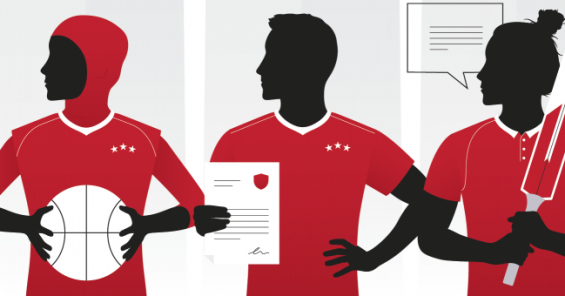 NYON, SWITZERLAND – The World Players Association and the Sport and Rights Alliance (SRA) are calling on the International Olympic Committee (IOC) to abandon a proposed IOC declaration of athlete rights and commit to seriously address the abuse of athlete rights in world sport.

The proposed declaration is to be presented to the IOC Session in Buenos Aires next week. The World Players Association and the SRA have written to the IOC President Thomas Bach expressing their deep concern that the declaration will curtail fundamental athlete rights rather than protect them. National athlete bodies from Canada, Great Britain, Germany and the United States issued the same call of the IOC.

“Athlete rights are not a game,” said Brendan Schwab, the Executive Director of World Players, the exclusive global association of organised players and athletes across professional sport. “The IOC’s proposed declaration does not come close to respecting the internationally recognised human rights of athletes, relegates athlete rights beneath the rules of sport governing bodies, and fails to give the victims of human rights abuse access to an effective remedy. It falls appallingly below the requirements of the Universal Declaration of Player Rights.

The SRA – an unprecedented global coalition of NGOs and trade unions including Amnesty International, Human Rights Watch, the International Trade Union Confederation and Transparency International Germany – has called for the IOC to postpone the development of any declaration of athlete rights.

“The work that has been conducted by the IOC, including a limited athletes’ survey, cannot fulfil the requirements of meaningful consultation nor fully inform the IOC of the salient human rights risks confronting athletes.

“It is essential that the IOC delay the adoption of any declaration of athlete rights. It must instead prioritize implementing the framework of the United Nations Guiding Principles on Business and Human Rights, consisting of making a human rights policy commitment, conducting continuous human rights due diligence, and putting in place processes to enable the remediation of any adverse human rights impacts the IOC may cause or to which it may contribute.”

Please find full copies of the letters below.