Jennings at the 107th ILC: “We must stand up for a stronger ILO as the bedrock of social progress and peace” 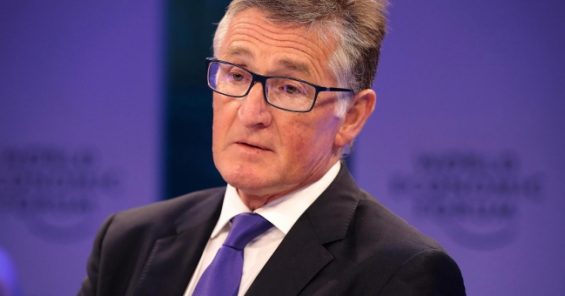 “On the eve of the ILO’s centenary, we have a chance to get things right”, said Jennings.

“The digital world of work gives us a chance to hear what people have to say. It will add trillions to our wealth – wealth which must be invested to bring inclusive growth.”

Jennings paid tribute to the efforts of UNI affiliate FIFPro in reinstating Peruvian footballer Paulo Guerrero to the national team in time for the World Cup. In a sporting example of solidarity, the 3 captains of Peru’s Group C opponents personally demanded that Guerrero be allowed to play.

“We need to see more instances of this kind of international solidarity. Around the world, we are seeing economic violence against women, violence at work and the closing of democratic spaces. We will not rest until we see a free President Lula in Brazil.”

“Today, over half the world’s workforce are in vulnerable jobs and we have a pandemic of people being work yet living in poverty. We need to put a stop to inequality and build growth models where no-one is left behind. We need to build societies where workers have a voice and are listened to by bosses.

“Increasingly around the world, there is a closing of democratic spaces, with governments becoming more punitive in cracking down on dissenting voices, freedom of association diminishing and the right to strike threatened.”

Jennings, who is a member of the ILO’s Commission on the Future of Work and a proud advocate of the Global Deal pioneered by Swedish Prime Minister Stefan Löfven, called out the International Organisation of Employers for opposing the Global Deal, “IOE: head in the sand, rear end in the air. It’s not a pretty sight. The IOE need to think again.”

“The Global Deal is a good idea – period. It will not be the first time in history that a ground-breaking plan of action to improve lives has been unjustly criticised. FDR’s New Deal which brought millions out of poverty was slated by a coalition of corporations and tycoons. They argued wrongly that taxes on inheritances, protections for workers, and investment in infrastructure would bankrupt the nation. We now know that these policies helped pull the United States out of an economic catastrophe and had a legacy of progress. We support the Global Deal because it also has the potential to deal with the challenges the world faces through dialogue, where employers and unions find the solutions to the benefit of the many, not the few.”

Jennings concluded by reminding leaders gathered at the ILO that in two weeks UNI Global Union would be holding its World Congress in Liverpool under the theme ‘Making it Happen’.

“The ILO must also ‘Make it Happen’ – for people, for social justice and for responsible business. As the ILO enters its second century, an organization born out of war must be the bedrock of social progress and peace.”