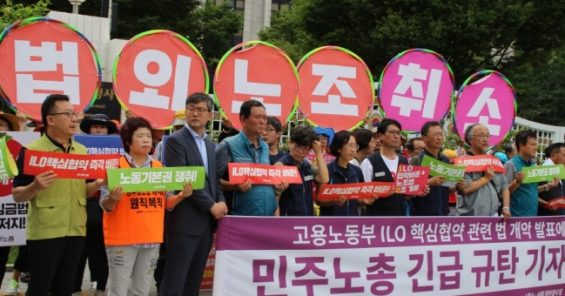 On 26 February 2021, the South Korean government passed motions to ratify three ILO fundamental conventions – No. 29 (Forced Labour), No. 87 (Freedom of Association and Protection of the Right to Organise), and No. 98 (Right to Organise and Collective Bargaining).

The government submitted the bills to ratify the conventions to the National Assembly in July 2020. It withdrew the bill on Convention 105 (Abolition of Forced Labour) in view of the conflict with the domestic laws on prison labour.

This landmark move was thirty years in the making since South Korea joined the ILO in 1991 when it joined the United Nations as its 152nd member state in the same year. At the time, the country did not assent to four of the eight key conventions.

The country could have ratified the conventions earlier in 2019 on the occasion of the ILO centenary celebrations if not for the sustained opposition from employers and conservative lawmakers. President Moon Jae-in had pledged to ratify these conventions as part of his campaign during the 2017 election.

The South Korea government has also been under pressure from the European Union to ratify the ILO fundamental conventions as part of the EU-Korea Free Trade Agreement’s labour clauses.

An alliance of international trade unions and human rights group previously made a submission in January 2020 to the European Union citing South Korea’s non-compliance with the FTA. An expert panel finally concluded on 15 January 2021 that the Korean government did violate the agreement’s labour commitments. 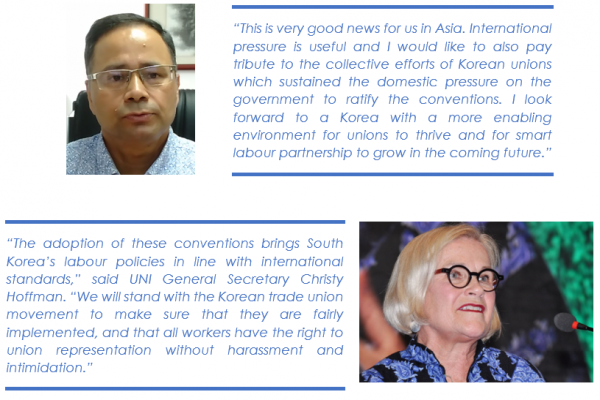 Hopes and expectations from UNI affiliates in Korea: 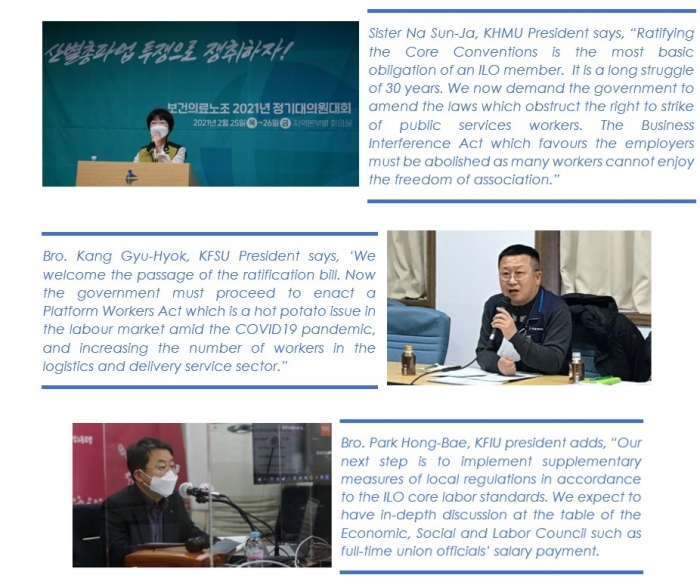