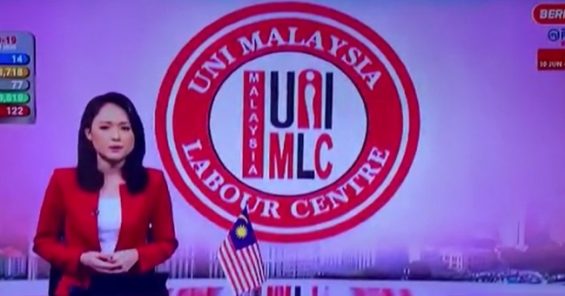 Malaysia has in recent times updated its country’s Poverty Line Income (PLI) from RM980 (US$231) per household in 2016, to RM2,208 (US$520) per household in 2019. This is according to the latest revision issued by the Department of Statistics Malaysia on July 10, a move welcomed by many segments of the Malaysian society.

The Union Network International-Malaysia Labour Centre (UNI-MLC) too welcomed the overdue revision and immediately campaigned for the pension of former civil servants to be updated accordingly as well.

Datuk Mohamed Shafie BP Mammal, President of UNI MLC, explained that many of the civil servants who retired during the 80s and 90s were working for national agencies in the telecoms, postal, railway, and electric utility sectors. They were persuaded to support the government’s plan to privatise these services into government-linked-companies. However, when they retired, their pensions were tied to the former government salaries which were considerably low. Their monthly pension payment currently consists between RM180 (US$42) and RM500 (US$117).

The latest PLI revision reveals the huge gap between what the pensioner receives and the high cost of living in Malaysia today.

Datuk Mohamed Shafie argued that Malaysia should recognised that these pensioners have contributed their services to the country and society and had willingly supported the government’s privatisation policy. As such, their current pensions should be reviewed to redress the gap.

UNI MLC has a special role as it represent unions from the government-linked companies (GLCs). Its campaign has been picking up tract with the Malaysian media and lending a strong voice to advocate for the well-being of the affected retirees.

UNI Apro Regional Secretary, Rajendra Acharya, applauds UNI MLC’s initiative. He said, “We hope the government of Malaysia takes into consideration the well-grounded arguments put forth by UNI MLC. This will reassure the retirees that they are being take care of and not forgotten especially during this pressing COVID-19 pandemic crisis”.