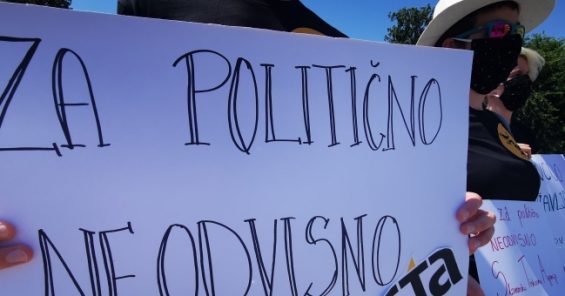 Legislative changes are also being proposed to the Mass Media Act and the Slovenia Press Agency Act. The Slovenian government initially foresaw an extremely limited five days’ period for public discussion of the proposal, which was eventually extended till the 5th of September after strong public pressure.

EURO-MEI President William Maunier says: “We are deeply concerned about the situation in Slovenia and the future of RTVSLO. We are glad the Slovenian government finally provided more time for proper public discussion of the changes to funding. However, we call upon the Slovenian authorities to ensure legislation does not undermine the independence and financial sustainability of RTVSLO. High quality and independent public service broadcasting are the basis of democratic societies.”

UNI MEI Global Union and its affiliated members urge the Slovenian authorities to ensure any future legislative measure guarantees financial autonomy of RTVSLO to allow the broadcaster to serve its democratic mission in society and remain independent of political influence.