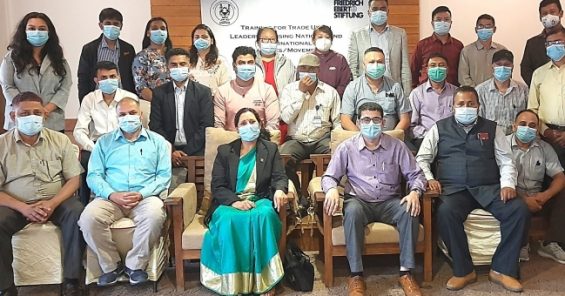 The workshop drew 25 participants hailing from 12 medical colleges and teaching hospitals from all over Nepal.

Facilitated by local experts and veteran union leaders, the workshop focused on familiarising the participants on the trade union movements and practices at both the national and international level. 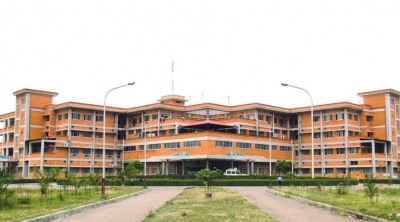 An immediate outcome from the workshop is the formation of a national level alliance of unions in the private medical and dental colleges, an idea initiated by the participants at the workshop’s end.

The alliance would foster joint efforts that facilitate organising and create a favourable atmosphere for social dialogue between the medical colleges’ management and the unions.

The participants elected from among themselves, Mr. Kiran KC as the coordinator, and Mr. Yam Babhadur Khadka as deputy coordinator. UNIPHIN, affiliate of UNI Apro, would provide support to the new alliance.

According to Tilak, with more than half of the country’s medical and dental colleges represented in this alliance, it bodes well for the future of organising in the private health sector. He understands that they will discuss soon on the prospect of holding bipartite and tripartite social dialogues among the stakeholders in the near future.

UNI Apro Regional Secretary Rajendra Acharya congratulated UNIPHIN on organising the workshop under the current difficult circumstances. He also expressed his appreciation to FES Nepal for supporting the project.

In an updated comment, Rajendra said, “The workshop and the alliance could not have arrived in a timelier manner, given that Covid cases has seen a resurgence in Nepal barely a week after the workshop. I hope the alliance could draw on its newfound connection and work together in pushing for safe working conditions under this new wave of cases”.