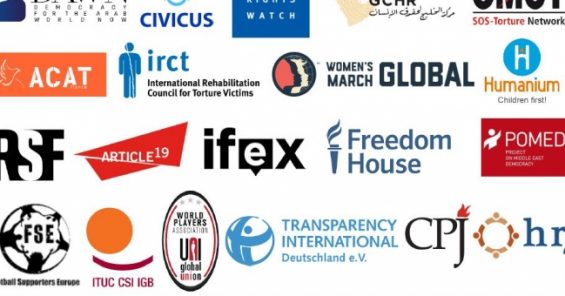 New Formula One (F1) CEO Stefano Domenicali should “establish a commission of independent experts to investigate the human rights impact of F1’s activities in Bahrain” and take steps to compensate victims, in light of ongoing abuses linked to the Bahrain Grand Prix and growing international concern about ‘sportswashing’, 24 international NGOs and trade unions including the Bahrain Institute for Rights and Democracy (BIRD), Human Rights Watch, World Players Association and the International Trade Union Confederation stated in an open letter sent yesterday.

Since the Bahrain Grand Prix was cancelled a decade ago amid the Bahraini government’s “brutal suppression” of the country’s 2011 Arab Spring pro-democracy movement, the human rights situation in the country has “only worsened,” while individuals continued to be targeted for publicly opposing the presence of F1 in the country.

The letter highlights a renewed government crackdown on dissent in 2021, which saw an 11-year old boy detained “for joining protests against the November 2020 Bahrain Grand Prix.” Calls for an inquiry were also backed by 61 UK parliamentarians in a similar letter sent last week by Layla Moran MP.

The letter accuses F1 management of failing to adequately support victims of human rights abuses linked to the Grand Prix, including Najah Yusuf, who was tortured and jailed in 2017 after criticising the race on social media and who the UN Working Group on Arbitrary Detention has called to be compensated. Signatories also claim that F1 has failed to abide by a human rights policy adopted in 2015 following mediation with rights groups, which commits the company to “engage in meaningful consultation with relevant stakeholders in relation to any issues raised as a result of our due diligence, where appropriate.”

As a result, the coalition calls on F1 to establish an independent commission to investigate human rights violations linked to the race, “with a complaints mechanism to allow victims to report abuses.” Signatories also urge Domenicali to “independently review” F1’s human rights policy and “actively work to secure redress” for victims of historic abuses.

Brendan Schwab, Executive Director of World Players Association, said: “For global sport to be legitimate and a genuine force for good, it must not only respect but fully embed human rights. International sports bodies need to understand that this duty goes beyond harms they directly cause. By being a party to sportswashing, sports bodies may also be providing cover for egregious human rights abuses. The crackdown by the Bahraini regime on the peaceful protests by athlete activists a decade ago remains a stain on global sport. It is a travesty that it has not even been fully investigated by sports authorities, enabling it to be repeated in Iran, Belarus and elsewhere.”

Sayed Ahmed Alwadaei, Director of the Bahrain Institute for Rights and Democracy (BIRD), commented: “After years of engagement with F1 over their activities in Bahrain, we should not still be hearing shocking accounts of children being locked up for protesting against the race. It has become clear that F1’s current human rights policy has not led to real change; it’s time for the new CEO to stop sportswashing and launch an independent inquiry.”

Joe Stork, Deputy Director of Human Rights Watch’s Middle East division, commented: “For well over a decade Formula One has been staging races in Bahrain with great fanfare, but it’s chiefs suddenly lose their voices when it comes to the country’s terrible human rights record. It’s well past time for F1 to stop sports-washing Bahrain’s abusive government.”

Husain Abdulla, Executive Director of Americans for Democracy and Human Rights in Bahrain (ADHRB), commented: “This landmark letter from leading rights groups and unions reflects growing international concern about the role played by F1 in “sportswashing” abuses in Bahrain and the wider Arab Gulf. F1’s management need to end their complicity with Bahrain’s abuses and provide accountability for victims; the unresolved murder of Salah Abbas in 2012 and the failure to compensate Najah Yusuf must be addressed as a matter of urgency.”