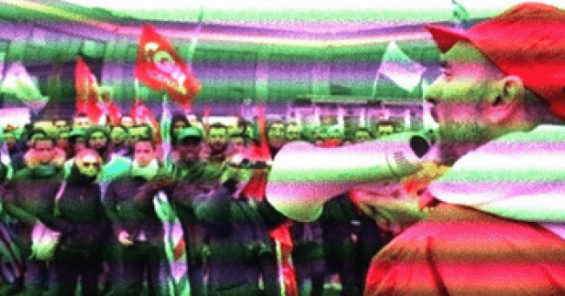 UNI Global Union´s statement on new reports of Amazon´s hiring of detectives to spy on workers in Spain: “Amazon is using its immense power and resources to snoop on workers looking to improve their jobs,” said Christy Hoffman General Secretary of UNI Global Union. “As bad as spying on workers is, it doesn´t come in a vacuum. There´s a pattern here–Amazon´s enormous appetite for growth is bad for our societies. This is why on Black Friday more and more people who believe in the dignity of work and the politics of the common good went on strike to stand up to Amazon and demand change.”

“Amazon is importing aggressive union busting tactics to the EU,” said Oliver Roethig Regional Secretary of UNI Europa. “Weekly, we are seeing new scandals come to light about their spying on workers. These scandals reveal a systematic and highly sophisticated operation aimed at suppressing workers’ attempts to organise across many EU countries. This amounts to a coordinated attack on the foundations of the European social model, which is based on collective bargaining and inclusive decision-making. Amazon wants to supplant this model with its conflictual labour model across the EU. A coordinated political response led by the EU is urgently needed.”

This development follows a story from Vice magazine’s Motherboard which reported that leaked documents show that Amazon hired Pinkerton operatives in Europe to surveil workers.

Representing more than 20 million workers in 150 countries, UNI Global is driven by the responsibility to ensure skills and service jobs are decent jobs and that workers’ rights are protected, including the right of union representation and collective bargaining.