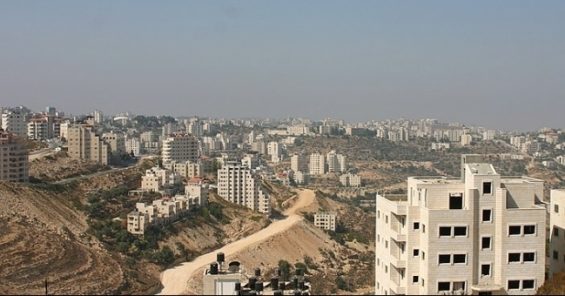 This week, Norway’s Oil Fund—the world’s largest sovereign wealth fund—barred two Israeli companies from its $1.3 trillion portfolio “due to unacceptable risk that the companies contribute to systematic violations of individuals’ rights in situations or war or conflict.” The Fund excluded the firms for building in illegal Israeli settlements in occupied Palestine.  To support its decision the Ethics Council of the Fund stated: “The Council on Ethics’ position is that the Israeli settlements in the West Bank have been built in violation of international law and that their existence and constant expansion causes significant harm and disadvantage to the area’s Palestinian population.”

“We applaud the fund for taking this step for peace between Israel and Palestine,” said Christy Hoffman, General Secretary of UNI Global Union. “Investing in companies that benefit from the illegal confiscation, occupation, and settlement of Palestinian land violates human rights, pure and simple, and these companies have no place in the holdings of an ethical fund. The Fund should further scrutinize other companies that benefit and cooperate with the construction of illegal settlements.”

“There is a clear case for the Fund to consider exclusion of companies (…) if they continue involvement with the settlements,” said Christy Hoffman, UNI General Secretary and Sharan Burrow, ITUC General Secretary in a letter submitted to the Fund’s ethical guidelines review committee in March 2020. The unions endorsed the recommendations provided by the Norwegian People’s Aid and the Norwegian Union of Municipal and General Employees, which called for the Fund to adapt its ethical guidelines to ensure its investments do not support practices illegal under international law or contributing to human rights violations.

“This is a welcome and important development, and others should follow suit. The settlements are illegal under international law, and nobody should be doing business with illegal entities,” said Sharan Burrow, ITUC General Secretary.

At UNI’s last two World Congresses, the organization adopted resolutions committing UNI and its member unions to the cause of peace and justice between Israel and Palestine. The resolutions specifically highlight the need to end all economic support for the illegal settlements in line with UN Security Council Resolution 2334 of 2016.

With over US$1.3 trillion in assets, including 1.4% of global stocks and shares, Norway’s Government Pension Fund Global is the world’s largest sovereign wealth fund and sets the example for many others in the world of “socially responsible investment.” The Fund is managed by Norges Bank and operates under the Ethical Guidelines for observation and exclusion recommended by the Council on Ethics.

UNI Global Union represents more than 20 million workers from over 150 different countries in the service sectors. UNI’s mission is to build power for working people through strong unions and effective collective bargaining and to change the rules of globalization to ensure social justice and respect for human rights.