On the eve of annual meeting, union coalition representing majority of Chartwell workers calls for ouster of board chair Mike Harris 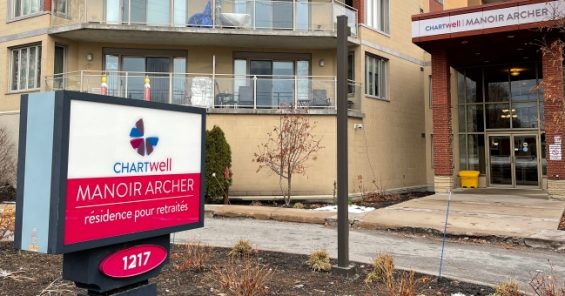 19 May 2021—A coalition of unions, representing a majority of Chartwell’s long-term care (LTC) staff, is calling on shareholders to vote against the company’s Chair of the Board Mike Harris at its annual meeting tomorrow. They hope the withhold vote against Harris will be part of a broader reckoning in the long-term care sector, which was particularly hard-hit by COVID-19 due to long-standing structural problems in the industry.

The unions—UNIFOR, UFCW, SEIU, United Steelworkers, and CUPE—point to Chartwell’s tragically high resident death rates from COVID-19, its implementation of bad practices such as housing multiple residents in one room, and nearly one hundred recent instances of non-compliance with health regulations as evidence of the company’s widespread failures during the pandemic.  Staffing challenges and working conditions are often cited as one of the main causes of poor standards of care in LTC and retirement homes during and prior to the pandemic.

Inspectors from Ontario’s Ministry of Health and Long-Term Care gave notices of failure to meet requirements to 20 of Chartwell’s 23 LTC Ontario homes since the virus hit Canada, including occasions where the company allegedly failed to address abuse, prevent injuries, or contain the spread of COVID-19. At least 393 Chartwell residents have died from the virus.

“Chartwell’s poor performance during the pandemic has exposed long-standing problems in the company’s operations and a breakdown in Chair Harris’s oversight. Shareholders should not reward his failure by allowing him to continue in this post,” said Christy Hoffman, General Secretary of UNI Global Union—the international umbrella organization for private care sector unions. “The issues at Chartwell exemplify the need for raising the bar across the long-term care industry. We hope investors take a stand here for quality care and quality jobs.”

Last month, UNI coordinated funds with more than US$3.34 trillion in assets under management to engage with long-term care companies to elevate expectations for worker and resident conditions.

In Canada, the Shareholder Association for Research and Education (SHARE), representing the IBVM Foundation of Canada, is leading the investor effort to remove Harris as the board chair. The group has also filed a proposal asking for greater transparency on workforce practices (Unitholder Proposal No.1), which the union coalition is also supporting.

“The long-term care sector was hit hard during the pandemic, but Chartwell, in particular, is facing material reputational and legal risks due to its inadequate handling of COVID-19,” said Anthony Schein, SHARE’s Director of Shareholder Advocacy. “It’s clear that its operations lack the needed oversight on the board level, and shareholders should have a better understanding of the company’s approach to its workforce.”

In addition to SHARE’s proposal, the unions are asking investors to support a motion by Vancity Investment Management Ltd., on behalf of the IA Clarington Monthly Income SRI Class fund, asking the company to study a living wage for its employees. Often women and migrant workers, long-term care workers are among the worst paid workers in the formal economy. Instead of sustainable pay, Chartwell set up frontline care worker fund for its employees’ “urgent financial needs.” About 450 workers accessed this support in 2020.

“Ontario’s Mike Harris has a proven track record in failure. He’s failed Ontarians and now continues to fail seniors, who have already been hard-hit in nursing and retirement homes during COVID-19, as Chartwell Board Chair. He’s getting an inflated annual salary of $237,000 to perform part-time work while most front-line workers in his employ do not earn a living wage. He was never fit for the Premier’s seat and he’s definitely not fit for this role.”

“Mike Harris was the architect of a health care privatization agenda that put shareholder profits before senior care. The failed system he built is now feared by aging baby boomers who dread when they themselves might enter the four walls of a private nursing home. Canadians, and Ontarians in particular, know that when Mike Harris is involved, the inevitable pursuit of profits via cuts result in dangerous outcomes. After so much death and suffering during the pandemic, putting profits before senior care and worker well-being should come with accountability, which can start with the elimination of Mike Harris as chair of Chartwell. By firing Mike Harris, the controlling interests of Chartwell have a chance to show that lives matter.”

“Like many workplaces in other sectors, long-term care is a high-risk industry. We are calling on Chartwell investors to treat it like one. Hundreds of residents have died, and an untold number of workers have gotten sick at the company’s facilities. There must be transparency and accountability.”

“Harris chairing Chartwell highlights the incestuous relationship between the leadership of the Conservative party and the for-profit long-term care industry. Chartwell’s high resident death rate, coupled with profit taking and executive bonuses are truly shameful. We urge Chartwell’s shareholders to hold the Chair of its board accountable for its terrible performance during Covid-19”

“Our members struggle daily with in high-risk, high-workload, and low-paying jobs at Chartwell long-term care and retirement homes. The board has given itself millions in bonuses, while maintaining a broken system of eldercare with under staffing, part-time and low wage jobs. If the board will not hold the company accountable, shareholders must.  They can begin by voting to remove Mike Harris as Chairman of the Board.”

Unifor is Canada’s largest union in the private sector, representing 315,000 workers in every major area of the economy. The union advocates for all working people and their rights, fights for equality and social justice in Canada and abroad, and strives to create progressive change for a better future.

SHARE is an award-winning non-profit organization dedicated to mobilizing investor leadership for a sustainable, inclusive and productive economy. We do this by supporting our investor network and amplifying their voices to improve corporate sustainability practices and implement better rules and regulations that govern capital markets.