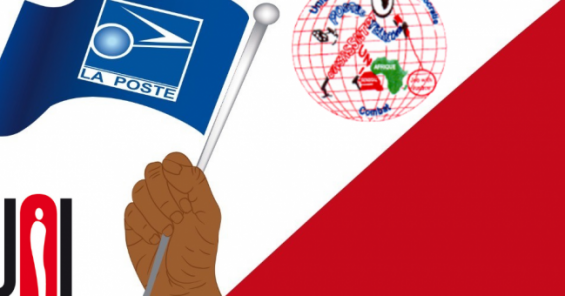 UNI Global Union’s postal affiliate SNTPT will be holding rallies in 11 regions of Senegal on Thursday 8 July to demand that the Senegalese government acts to save country’s postal service.

Post Senegal is owed US$102 million by the government and is teetering on financial collapse after more than a decade of mismanagement says the union.

Many postal services have been suspended and workers are suffering as their wages are delayed by up to two to three months at a time. Family allowance grants eligible for up to 300,000 families are going unpaid, while commercial partners, such as Western Union, have halted dealings with the post, depriving thousands of families with cash remittances from abroad.

SNTPT (Syndicat National des Travailleurs des Postes et des Télécommunications) plan to lodge their concerns in a memorandum of understanding at the prefecture of each region, which includes urgent demands for:

“The workers of Post Senegal are experiencing a deep crisis and are fighting to safeguard their working tool. In the midst of a global pandemic, postal workers have demonstrated their importance by providing essential services throughout the country. Despite the important role they play in the social and financial inclusion of the population, they are now facing unusual delays in salary payments and are at risk of losing their jobs due to financial difficulties resulting in cash flow tension. The State still owes the Post a debt that needs to be settled to relaunch the postal activities and to ensure that the post can assume its public service mission in Senegal.”

SNTPT union represents around 2,000 workers of Post Senegal, which is the country’s largest single employer with more than 4,300 direct employees.

“The current crisis at Post Senegal is a national emergency. The post office is an integral part of the working of the State and its problems impact not just workers but the whole of the country. We call on the government to urgently pay its debt to Post Senegal so it can resume normal operations as soon as possible,” said Keith Jacobs, Africa Regional Secretary, UNI Global Union.