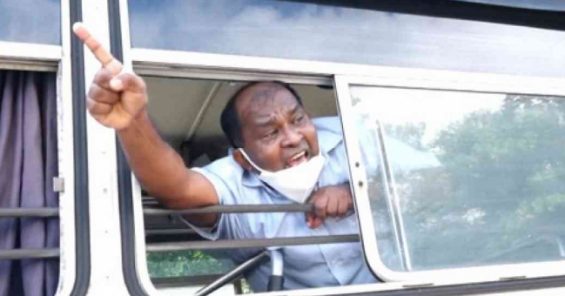 UNI Global Union’s affiliates in Sri Lanka have written to the leaders of UNI’s regional office in Asia Pacific to thank them for their timely solidarity letter on 12 July, which helped pressure authorities into releasing arrested union leaders and other activists four days later. 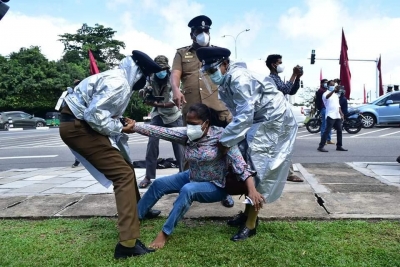 The arrests came after police acted quickly to quash protests by unions, educators, students, and even Buddhist clergy in early July to demonstrate against proposed legislation that would authorize the creation of a military-run university.

Unions challenged the arrests of the protestors in court, which ordered their release. But the authorities continued to detain them under the pretext of covid regulations.

The UNI Sri Lanka Affiliates Council (UNI SLAC) appealed for solidarity interventions to obtain the release of the union leaders.

In response, UNI Asia and Pacific Regional Secretary Rajendra Acharya and UNI Asia and Pacific President, Minao Noda, sent a joint letter addressing the President of Sri Lanka, Mr. Gotabhaya Rajapaksa calling on the Sri Lankan government to respect the right to freedom of expression and association. They also appealed for the President’s office to expedite the release of the union leaders arbitrarily detained.

Rajendra Acharya expressed relief that the solidarity action was effective, and the union leaders were not detained for too long.