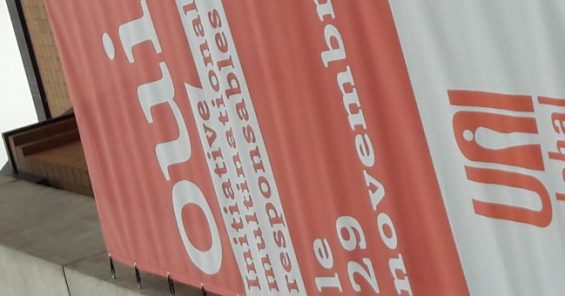 This weekend the majority of Swiss voters went to the polls to support the Responsible Business Initiative, a measure that would have legally obliged multinationals  based in the Alpine nation to respect human rights and the environment in all their business activities worldwide and would have enabled victims to bring cases for damages in Swiss courts.

The law, unfortunately, did not pass. While the measure won the popular vote, it failed to pass in the majority of the Swiss cantons, a requirement owing to the fact that the referendum would change the Swiss constitution.

A weaker, counter-proposal–that does not have many of the mandatory requirements, and does not enable enforcement in Swiss courts—will take effect.

Monika Roth, co-chair of the committee that coordinated the initiative and a professor of law and specialist in compliance said, “I am convinced that a voluntary commitments without mandatory responsibilities are not enough to force all multinationals to respect international environmental standards and human rights. The counter-project will therefore not bring any improvement. It is clear that the broad coalition for more corporate accountability will continue to engage in ensuring that all multinationals are held to a minimum degree of accountability.”

The environmental, labour, and human rights supporters of the law were met by an enormous pushback by Swiss-based companies like Nestle and Glencore, and these companies’ opposition to mandatory due diligence fuelled the most expensive referendum campaign in Swiss history.

“The coalition behind this initiative ran an exceptionally strong campaign and despite an unprecedented and  expensive campaign by multinationals they still  won the support from a majority of Swiss voters.  They deserve big congratulations all around,” said UNI General Secretary Christy Hoffman. “Now is not the time for tears. We should use the momentum and example set by  this campaign to continue to continue the push for mandatory due diligence with cross border enforcement,  at the national levels, at the EU and indeed through a Binding Treaty at the UN.  The need to respect labour laws and environmental standards does not stop at any  border.”

UNI, along with other global union federations headquartered in Switzerland, supported the initiative, and UNI is backing a similar effort at the EU level.