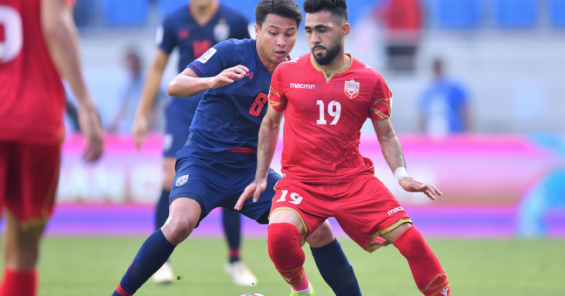 As the deadline for expressions of interest to host the 2027 Asian Cup expires at the end of the month, the Sport & Rights Alliance (SRA) is calling on the Asian Football Confederation (AFC) to ensure that human and labour rights are fully respected in the bidding, organization and delivery of the tournament.

So far India, Iran, Qatar and Saudi Arabia have submitted bids to host the event.

In a letter to the President of the AFC, Shaikh Salman bin Ebrahim Al Khalifa, the SRA calls on the organization to include non-negotiable and binding standards on core labour, anti-corruption and human rights in the bidding procedure and Hosting Agreement for the 2027 Asian Cup. Human rights indicators in relation to rights to freedom of expression and assembly, the right to housing and the protection of LGBTI persons, human rights defenders, journalists, persons with disabilities and children should also be specified at the bidding stage.

In 2016, FIFA enshrined its responsibility to respect human rights in Article 3 of its Statutes and since set up a Human Rights Advisory Board. The AFC too has included a similar provision in its Statutes. However, world football’s governing body has come under fierce criticism for ignoring human rights abuses, particularly in the exploitation of migrant labour in preparations for the 2022 World Cup in Qatar.

“The Sport & Rights Alliance looks to the Asian Football Confederation to uphold its constitutional commitment to respect and promote human rights. Words alone are not enough. It is essential that all bids are prepared and evaluated so as to ensure that human rights are fully respected in the planning, organization and delivery of the event”.

In the letter, the SRA outlines the need for an independent monitoring mechanism to guarantee promises made in the bidding phase, and fixed in the Hosting Agreement, are adhered to over the lifetime of the event. It calls for expert organizations and stakeholders – both local and international – to be consulted and involved in the process from an early stage to ensure transparency and accountability. An inclusive, effective and transparent human rights grievance mechanism, ensuring access to UN Guiding Principles compliant and timely remedies for all affected by sport should also be put in place.

The Sports & Rights Alliance promotes the rights and well-being of those most affected by human rights risks associated with the delivery of sport and includes UNI Global Union and its sector World Players United, as well as include Amnesty International, Committee to Protect Journalists, Football Supporters Europe, Human Rights Watch, ILGA World (The International Lesbian, Gay, Bisexual, Trans and Intersex Association), the International Trade Union Confederation, and Transparency International Germany.