The “Bessemer effect” has already changed Amazon and the world 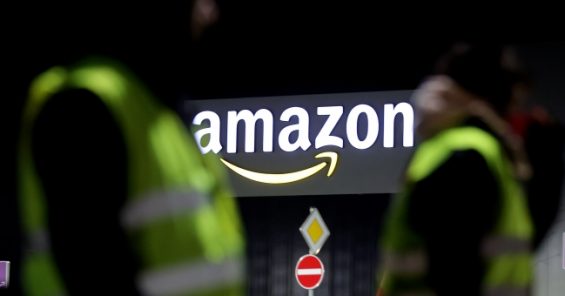 April 9 2021—Today the U.S. federal government announced the results of the union election at Amazon’s Bessemer, Alabama, warehouse. The Retail, Wholesale, and Department Store Union (RWDSU) did not achieve a majority of the votes counted. However, the RWDSU has released a statement demanding “a comprehensive investigation over Amazon’s behaviour in corrupting this election” and announced intention to file charges regarding the company’s egregious union busting.

Under U.S. law, an employer is not required to recognize a union unless it wins a majority.

The following statement can be attributed to Christy Hoffman, General Secretary of UNI Global Union.

“The BAmazon campaign captured the world’s attention, fuelled our hopes and strengthened our determination.  It exposed the company’s abusive practices and united the movement to hold Amazon accountable like nothing has before.

“As expected, Amazon ran a brutal anti-union campaign. It unleashed an army of paid union busters in its warehouse. It allegedly changed traffic patterns outside its facility, making worker interactions with union activists more difficult. In what appears to be an illegal act, it installed a mystery mailbox for ballots. It tried to throw out the votes of hundreds of workers. It bombarded workers with deceptive messages about the RWDSU. Workers could not get relief even in the company’s bathrooms.

“Amazon’s aggression—and the company’s sense of impunity—shows once again that U.S. labour law is broken. In no other advanced economy is the system so skewed against working people. U.S. workers are required to endure a torturous and toxic environment which cuts off free debate during the election process.

“However, the impact of Bessemer has already rippled out far beyond the warehouse walls and cannot be understated.

“The ‘Bessemer effect’ is electrifying the labour moment, inspiring action from Myanmar to Munich to Montevideo. While this vote was happening, there were strikes in Germany and Italy, and a massive new effort to reach Amazon workers was launched in the UK. It will continue to give hope to workers demanding a voice at work and a job with dignity.

“BHM1 employees in Alabama—and Amazon workers everywhere—should keep their heads up and their eyes fixed on victory. Together, that is inevitable.”

UNI Global Union represents 20 million skills and service workers in 150 countries. It coordinates the UNI Amazon Union Alliance, a coalition of unions from more than 20 countries committed to making the company a responsible employer. The RWDSU is an affiliate union.