“This is a Hollywood ending:” IATSE’s tentative agreement wins improvements to pay, rest and working conditions 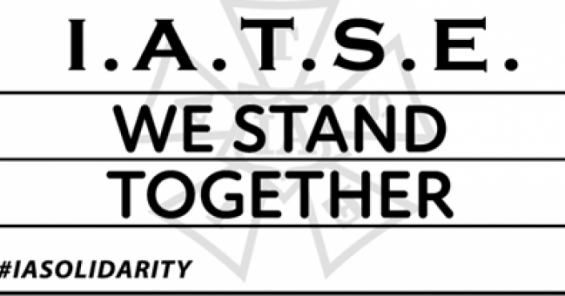 The three-year deal would lift standards for 60,000 film and television workers represented by IATSE in the United States.

“We went toe to toe with some of the richest and most powerful entertainment and tech companies in the world, and we have now reached an agreement with the AMPTP that meets our members’ needs,” said IATSE International President Matthew Loeb. “This is a Hollywood ending.”

The proposed contract addresses the core issues that drove workers to a near unanimous strike authorization vote. Some gains negotiated include:

“This agreement raises the bar. In recent weeks, the issues of crew members, who are usually behind the scenes, were put front and centre, and IATSE used this spotlight and workers’ collective power to win real change,” said UNI Global Union General Secretary Christy Hoffman.

“But we know that the problem of brutal hours is not limited to the United States, and in Germany, Australia, the U.K. and beyond, UNI and our member unions are organizing to break the culture of punishing hours.”

UNI’s Media & Entertainment sector has conducted a survey of 28 affiliate unions from 20 countries regarding working time, with initial results showing that crew from all surveyed countries work in excess of a 50-hour week and that 60-hour weeks are common.

BECTU in the UK goes to the negotiating table later in October over conditions on set for TV dramas.

The tentative agreement will be voted on by IATSE membership in the coming weeks.