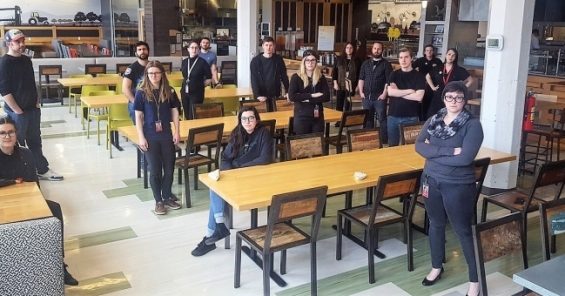 UNI affiliate union the United Steelworkers (USW) recently announced that the U.S. National Labor Relations Board (NLRB) will begin prosecuting Google contractor HCL over unfair labour practices. In a complaint against the company, the NLRB outlines HCL’s failure to bargain in good faith with the unions representing its employees, including failing to provide information needed for bargaining and unilaterally implementing changes to working conditions. The complaint also alleges that this campaign violated employees’ rights to be free of intimidation and coercion.

“Most egregiously, HCL has been eroding its Pittsburgh workforce by brazenly moving work done here to its facility in Krakow, Poland, to retaliate against workers for exercising their right to choose union representation,” Josh Borden, who serves on the union’s negotiating committee. “Management would rather break the law than negotiate in good faith for a fair contract.”

“We will continue efforts to engage HCL management at the bargaining table in good faith,” said Ben Gwin, also a member of the union’s committee. “We will continue to hold the company accountable for the way it treats workers and file additional charges if necessary.”

Around 90 HCL workers in Pittsburgh gained union recognition last year—despite the company’s vicious anti-union campaign. These contract employees work alongside direct Google workers, but receive a fraction of their pay or benefits.

UNI Global Union is the worldwide federation for skills and service employees—including tech workers. Christy Hoffman, UNI’s General Secretary, said, “The HCL workers in Pittsburgh have already defeated the company’s union busting tactics once, and they will win again. The global trade union movement has their backs. Moreover, tech companies like Google must step up and enforce human rights throughout their supply chains and their operations.”

She continued, “Companies like HCL—and frankly like Google—show why it is so important for workers to organize globally. These companies will try to pit one group of workers against each other, but united, in solidarity, we can raise standards across the industry, in every corner of the world.”

The NLRB has scheduled a hearing for 9 February 2021, when it will prosecute the case against HCL for the company’s violations of federal labour laws.