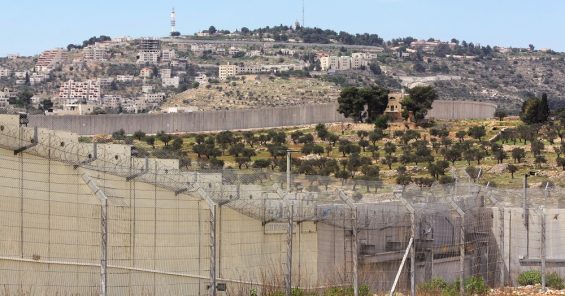 UNI Global Union is calling for an urgent update of the database maintained by the UN Human Rights Office that tracks enterprises conducting business in Israeli settlements in the Occupied Palestinian Territories, and the global union is supporting the ITUC petition on the matter launched last week.

First published in 2020, following a four-year delay, the database is an invaluable resource in identifying those companies whose activities have “directly and indirectly, enabled, facilitated and profited from the construction and growth of the settlements.”  These settlements are illegal under international law, and the database is used by a broad swath of civil society, human rights defenders and socially responsible investors.

Currently, the database is significantly out of date and urgently needs updating to help expose and end corporate complicity in the illegal occupation. Adding and removing companies from the database creates a necessary incentive and deterrent against engaging with Israel’s illegal settlement industry.

UNI has previously used information contained within the database to engage in dialogue with Norway’s largest pension fund KLP, which led to them divesting from 16 companies due to their ties to Israeli settlements in the occupied West Bank. UNI reached out to Norway’s sovereign wealth fund, managed by Norges Bank, who pulled out of construction and real estate companies in the Palestinian territories

“Companies identified by the UN in this database as enabling the settlements are unacceptably intertwined with human rights abuses.  The database is a crucial tool that shines a light on companies active in the settlements and rightly adds to the pressure on business to withdraw.  But it is only as useful as the information contained within it. That is why it is absolutely necessary for the database to be updated now and maintained going forward.”

Resolutions adopted at the UNI World Congresses in 2014 and 2018 included explicit calls for action to end economic support for the illegal settlements, which are an impediment to peace and put the two-state solution beyond reach.

UNI is encouraging all affiliates to add their names to the ITUC coordinated petition to the UN High Commissioner for Human Rights.