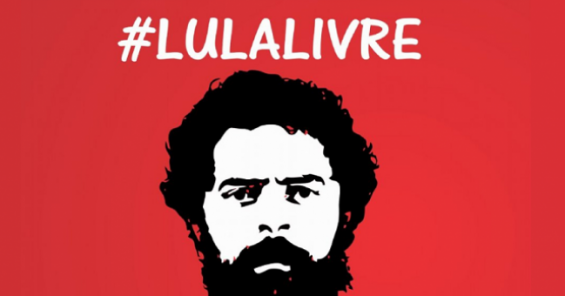 Since the beginning of this process, UNI Global Union has been active in the Free Lula Movement (Portuguese: Movimento Lula Livre) campaign, sending this legal war message across the  world, including all its delegates at the UNI Congress in Liverpool in 2018, with the special attendance of former President Dilma Rousseff. That same year, Lula, the candidate of the Workers’ Party (PT), was the favorite candidate and the polls showed him leading the elections, but the violation of the Brazilian Constitution and due process did not allow Lula to return: “Imprisoned I am a hero, dead I am a myth, free I am president” he said at the time.

Marcio Monzane, UNI Americas regional secretary, said: “We understand that this puts Brazil on the path to return to full democracy. This will happen in 2022 when free elections are held, where the future of the country is decided by the people, and not by a biased judge”.

After Dilma, the governments in office eliminated labor and union rights with the approval of the Pension and Labor Reform. Marcio added: “This is a great opportunity for the Brazilian people to regain their rights, including the right to belong to a union and promote collective bargaining.”

Héctor Daer, president of UNI Americas, stated: “I want to salute brother Lula on this historic day. You were the one who best listened to the Brazilian people, and in the end justice was served. Today, it is not only Brazil that is joyful, today we can really say: Lula is Free!”

UNI Americas continues committed to work with the Brazilian affiliates to rebuild the country, restoring all the rights won in the past, and thinking of a more promising future.