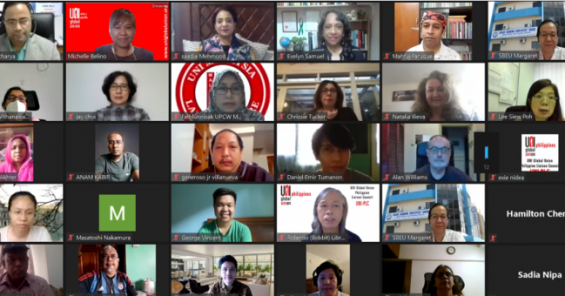 The UNI Apro MEI successfully wrapped up on 30 April 2021 the 3rd webinar addressing the mental health impact of the Covid-19 pandemic on media workers.

This is the third webinar in the three-part series of webinars jointly developed and implemented with the Asia-Pacific Broadcasting Union (ABU), and launched in January 2021.

The aim of this webinar was to discuss and learn about the mental health effects suffered by media workers in the face of prolonged uncertainty on the future of the sector. A key goal was to examine how employers and unions can work together to mitigate the negative impact.

More than 50 participants came onboard Zoom to listen to speakers sharing their ground experience and recommendations. The webinar was hosted and moderated by Michelle Belino, Director for UNI Apro MEI.

Natalia Ilieva, ABU Head – Secretary General’s Office welcomed the participants, expressed that ABU was proud to present jointly this workshop with UNI Apro MEI as it is close to the heart of ABU’s work in supporting media professionals on the front line. The pandemic had made the role of media more obvious in informing, educating and entertaining people but the mental health impact remained invisible to most.

UNI Apro Regional Secretary Rajendra Acharya in his remarks agreed with Natalia and pointed out that job cuts and company closures affected media workers’ income and job security leading to a greater sense of uncertainty and more mental pressure. The top priority of UNI Apro will be to emphasize the importance of collective bargaining and working with all the stakeholders to redress the social safety gaps.

Jon Villanueva recounted the on-the-ground experience of his union and members. For the ABS-CBN workers, 6,000 direct workers were retrenched and thousands more third-party workers affected when the company was denied its broadcast franchise renewal in May 2020 due to political reprisal. Livelihood worries contributed to the most difficult aspect of mental health issues manifesting as depression which reduces the immunity level and actually rendering a person more vulnerable to being infected.

Saadia Mehmood, who works as a producer in the Pakistan Television Corporation, and an active member of the UNI MEI Working Group, gave an overview on the state of understanding mental health as an issue during the pandemic. Many countries did not recognise mental health as an issue in the early days and most are still far behind in developing mental health interventions. While media workers reporting on the Covid situation may maintain their jobs, surveys conducted by Reuters revealed a significant number of journalists are showing signs of depression. The good news is that journalists are banding together to share information and develop resources to address the mental health plague within the profession.

Unions can play a supporting role by working with employers to actively pay tribute to the dedicated frontline staff, developing and distributing widely safety guidelines and personal protective gear to media workers. It can also promote active access for members equal access to information on Covid-19 and mental health issues, as well as collaborating with NGOs on matters such as training on taking care of one’s safety when working in the field. Although there is still a long way to go, there are encouraging signs that mental health is being taken more seriously. 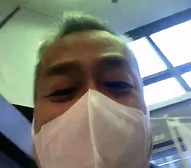 Masatoshi Nakamura, UNI Apro MEI President, in closing the session, expressed hope that the participants can keep the connection as long as the situation continue. He also paid special thanks to Natalia of ABU and Michelle, UNI Apro MEI Director, for conceptualising and realising the joint webinars which have been very useful for the unions and members.

The three-part series has ended but both ABU and UNI Apro MEI remain committed to continue to the work to tackle issues affecting media professionals during the pandemic and beyond.