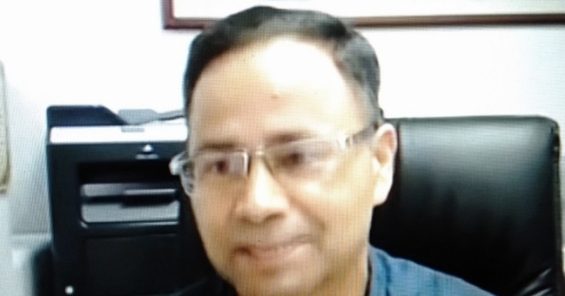 UNI Apro, together with the ASEAN Trade Union Council (ASETUC), and civil society partners in the Urgent Justice from Wage Theft Coalition, held a webinar on 8 September to raise awareness of wage theft in South East Asia, and to develop a better understanding of what a Transitional Justice Mechanism (TJM) might look like.

Datuk Mohammed Shafie BP Mammal, ASETUC General Secretary delivered a warm welcome to a hundred participants and speakers to the webinar. He shared that ASETUC or the ASEAN Services Employees Trade Union Council was founded on 27 March 2007 in Kuala Lumpur through the joint efforts of three Global Union Federations (GUFs) – UNI Apro, BWI Asia Pacific, and PSI Asia Pacific. It was created with the aim of formulating a consolidated trade union response to the fast moving economic, social and technology development in the region.

The ASETUC has since continuously worked to strengthen social dialogue and promote a decent work agenda to support the common vision of a peoples’ ASEAN. It has since become an important actor to facilitate the exchange of good practices on labour issues.  He expresses high hopes for the webinar to spark a fruitful discussion and concrete outcome to address the worsening issue of wage theft faced by migrant workers in the region.

Rajendra kicked off by highlighting the impact of COVID-19 pandemic has on businesses and workers in the region. The worsening economic situation in destination countries is exacerbating the plight of migrant workers. A key issue they faced is wage theft. It takes form in a variety of ways such as unlawful retrenchment, forced unpaid leaves, renegotiated employment contracts through threats, and repatriation with pending claims on unpaid wages and benefits.

It is an unfortunate phenomenon that is not new but cases have increase sharply during the pandemic. Rajendra stressed that many workers are hesitant to claim their rights because they are in precarious employment situations. Migrant workers are more affected because of their lack in bargaining power. Many workers would have returned home empty handed and face the prospects of falling further into debt and poverty even if and when a vaccine is available.

The idea of a Transitional Justice Mechanism (TJM) was first developed in the field of peace and conflict resolution to address widespread human rights violations. Such a mechanism is needed now because wage theft is also a widespread violation of human rights and a crime that demands urgent justice.

Ms. Roula Hamati, Coordinator for Cross Regional Centre for Migrants and Refugees (CCRM), agreed that wage theft during the pandemic has exploded. The scale and spread of this issue mean something bigger than just national mechanisms are needed. She appreciates the important role of trade unions have in amplifying the call to address wage theft through an international mechanism.

The mechanism is envisioned in two parts, a claims commission made up of credible people to examine the cases, and an international compensation fund that can swiftly disburse compensation to verified cases lodged by affected migrant workers. The knowledge and precedents of such a mechanism already exists. But the key question is how to drive the political will to seize this moment to recognise that millions of migrant workers have suffered for years in their inability to access justice.

William Gois, Regional Coordinator for Migrants Forum in Asia, was encouraged that the call for a justice mechanism has resonated with the different sectors. He shared that the International Labour Organisation’s (ILO) current media campaign will also highlight the issue of wage theft and non-payment of wages.

But he warned that enabling migrant workers to make the claims remains the most difficult challenge. Claims can only be successful if they are heard. He recognises that existing mechanisms are not always easy to access or use. It is also not easy for migrant workers to file claims when they are back in their country of origin. However, trade unions can play a part in helping migrant workers to lodge cases.  MFA can do its part to support a repository of documentation to be set up to facilitate cross-border claims.

The webinar concludes that wage theft is one of the longest recurring issue faced by migrant workers. Building back to a better normal after COVID-19 need to address this gap. Civil society organisations and trade unions need to join hands to strengthen the call for a transitional justice mechanism. Datuk Mohammed Shafie, ASETUC General Secretary, agreed and urged all ASETUC members and its networks and allies to support the TJM campaign.