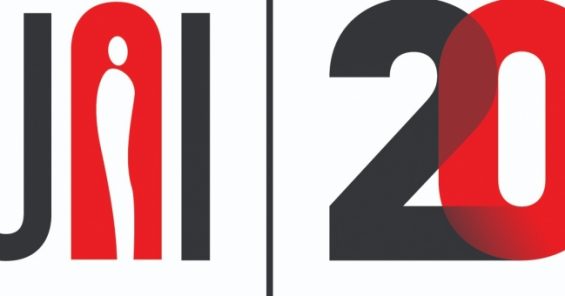 UNI celebrated 20 years of building workers’ power by reflecting on the 20-million-member global union’s history and looking forward to the organization’s future.

The anniversary, moderated and organized by UNI Deputy General Secretary Alke Boessiger, brought together union leaders, activists, and scholars from Argentina to England; Johannesburg to Japan. Because of the pandemic, the anniversary was held online, but the spirit of solidarity was palpable.

“Today’s UNI was built on the shoulders of visionaries, and we’ve made their vision, a reality,” said UNI’s General Secretary Christy Hoffman.

“We wanted to change the way unions looked at international work and bring a new dynamic to it,” said Jennings. “From the start, UNI was a new international for a new millennium. We stressed results from the get go.”

Those results were on full display.

The program showcased the more than 50 global agreements covering millions of workers worldwide, the dozens of union alliances, the hundreds of organizing campaigns including big pushes at Amazon and Teleperformance, strides toward gender equality, and ambitious efforts to change the rules of the game for working people globally.

“In my home region, the Americas, I’ve seen first-hand both how UNI has changed and how UNI has made a difference for our affiliates and their members,” said UNI Global President Ruben Cortina.

But UNI’s reach extends to all corners of the globe. The audience heard from Nigerian DHL workers, bank employees from Argentina, care workers from Poland, security officers from the United States, a wrongfully imprisoned union leader from South Korea, gaming workers from Macau, television workers from Malaysia, and more about the difference UNI and having a union has made in their lives.

This difference is even more important now, in a pandemic, than ever before. A forward-looking panel discussion stressed the need to emerge from the COVID-19 crisis stronger than before.

“We should seize this moment,” Hoffman said during the panel. “Unions have been widely recognized as a force for good during this pandemic. And workers have seen the pandemic profiteers growing richer while they get the scraps.  Now is the moment to translate this into collective power.”

Hoffman was joined on the panel by Gabriela Bucher, Executive Director of Oxfam; journalist Owen Jones; and Professor Atsushi Seike, Member of the ILO’s Global Commission on the Future of Work from Japan.

Throughout the celebration, global advocates for human and workers’ rights including Sharan Burrow, Secretary General of the ILO, and Angel Gurría, Secretary-General of the OECD, participated.

“As we celebrate UNI at 20, we must also think about UNI at 40. We should imagine the future we all want,” said Director-General of the ILO Guy Ryder.

That future will certainly be one of global solidarity, of global action, and empowered workers.

UNI would also like to thank all those who took part and who watched.